In recent years, non-communicable diseases (NCDs) have risen in prominence on the global public health agenda. NCDs are not passed from person to person but are typically the result of a combination of genetic, physiological, environmental and behavioural factors, and they tend to progress slowly. The most common NCDs include cardiovascular diseases (such as heart attacks and stroke), cancers, chronic respiratory diseases, and diabetes. 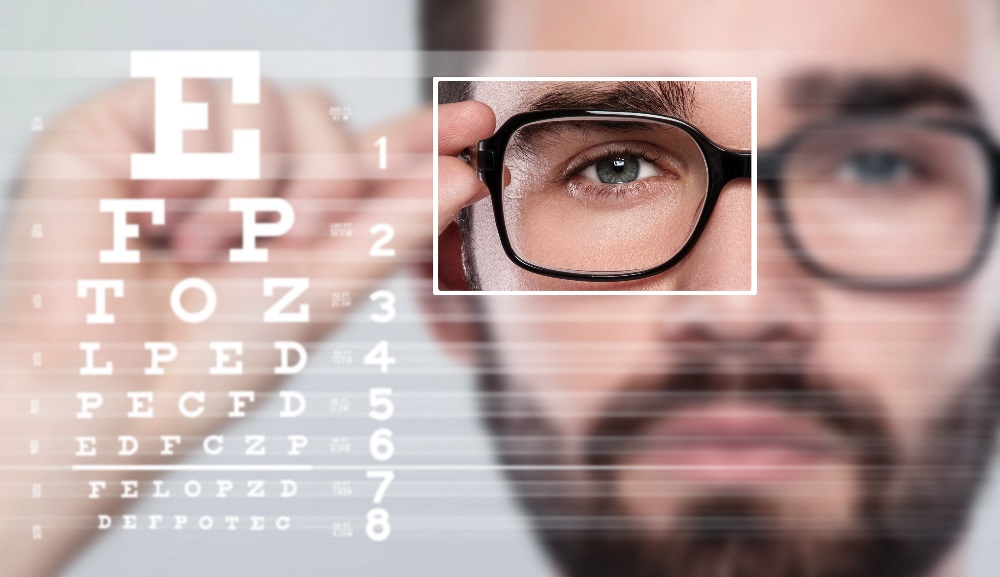 The focus on NCDs has primarily been on reducing mortality caused by these diseases, and the massive social and economic impacts of conditions which cause blindness largely ignored. The World Health Organisation (WHO) maintains that as much as 80% of all blindness and vision impairment is preventable or treatable – and that the percentage of preventable blindness arising from NCDs, such as cataracts, glaucoma, diabetic retinopathy and age-related macular degeneration (AMD), is higher still.

How NCDs affect the eyes

The fact that people are living longer has led to a spike in blindness arising from chronic diseases over the past few decades, particularly as NCDs tend to affect people between the ages of 30 and 69. Chronic eye conditions affect an increasing number of people and pose a major challenge to older people’s health as blindness causes significant disability.

“There are several non-communicable or chronic eye conditions, which pose a significant threat to people’s vision,” says Dr Lourens Coetzee, founding member and ophthalmologist at Envision Centre for Sight. “Some, including diabetic retinopathy, glaucoma and macular degeneration, affect the back part of the eye and cannot be cured, but should be managed for the patient’s lifetime. Other chronic conditions, like cataracts, affect the lens and can be cured by surgery.”

Eye diseases that could stem from NCDs and other key factors

Diabetic retinopathy is the most common cause of vision loss among people with diabetes and the leading cause of vision impairment and blindness amongst working-age adults. Also known as diabetic eye disease, diabetic retinopathy is a condition in which damage occurs to the retina due to diabetes mellitus and is a leading cause of blindness. It affects up to 80% of people who have had diabetes for 20 years or more, according to a US study by Peter Kertes and Mark Johnson titled Evidence-Based Eye Care.

Diabetic eye diseases also include cataracts and glaucoma. A cataract is a clouding of the eye’s lens. Adults with diabetes are two to five times more likely than those without diabetes to develop cataracts. A cataract also tends to develop at an earlier age in people with diabetes. Disability due to cataracts is tragic and unnecessary, according to Coetzee. “The country’s cataract surgery rate should be at least 2 000 per million for the elimination of cataract blindness, but this target has not yet been achieved.”

Glaucoma is a group of diseases that damage the eye’s optic nerve – the bundle of nerve fibres that connects the eye to the brain. Some types of glaucoma are associated with elevated pressure inside the eye. In adults, diabetes nearly doubles the risk of glaucoma. Glaucoma is known as ‘the silent thief of sight’ because patients can lose their outermost vision over time with no other symptoms. According to the South African Glaucoma society, 50% of people don’t even know that they have the disease – and this percentage can go up to 90% in other developing countries.

Age-related macular degeneration (AMD) is a common eye condition and a leading cause of vision loss amongst people age 50 and older. It causes damage to the macula, a spot near the centre of the retina and the part of the eye needed for sharp vision. Smoking is a risk factor for AMD. According to the British Journal of Ophthalmology smokers develop AMD three to four times more frequently and 10 years earlier than non-smokers.

According to the International Diabetes Federation, there were an estimated 1 826 100 cases of diabetes in South Africa in 2017, which equates to 7,5% of the country’s adults. Almost a third of diabetics are affected by diabetic retinopathy, Coetzee maintains. “Diabetes is increasing due to changes in lifestyle,” he says. “There are no specific figures regarding the percentage of visual impairment due to diabetes for South Africa specifically, and we can only speculate based on the figures that we do have,” Coetzee adds. “Due to the fact that blindness due to cataracts (50%), glaucoma (15%), corneal opacities (10%) amongst other causes is so high in Sub Saharan Africa, the percentage of blindness caused by diabetes is possibly lower here than the global 4%.”

The risk of blindness from diabetic retinopathy can be reduced by 90% with early diagnosis and treatment. Unfortunately, an estimated 80% of diabetics are undiagnosed in South Africa, according to Coetzee. “There is not enough education about NCD-related blindness,” he says. “We should all support our healthcare system and try to play a part in promoting eye health.” 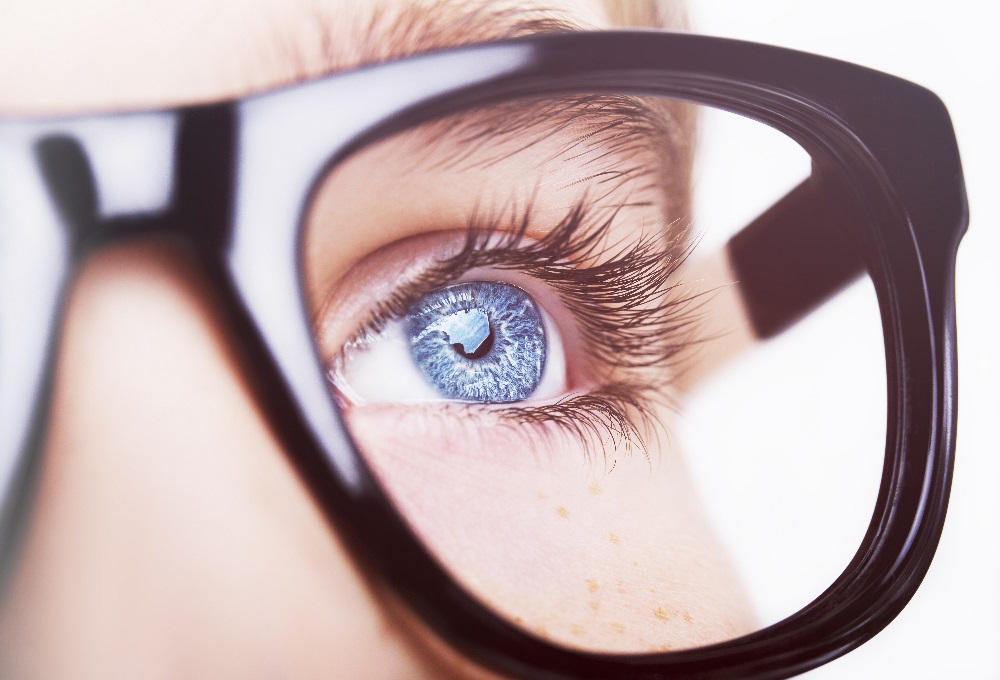 The impact of NCD-related blindness

Coetzee explains that, due to the lingering nature of NCDs, sight is stolen gradually and by the time you realise what’s happening, you may already have significant loss of vision. “That is why the prevention and early detection of these diseases is of utmost importance,” he says. “Awareness campaigns and screening is essential. Patients also have to understand the value of managing incurable diseases if they want to protect the vision they have left.”

In most first world countries comprehensive eye care services for the prevention, early detection and management of these diseases are quite successful. The quality of life for people with severe irreversible vision loss is also improved through low vision rehabilitation. In low-income countries, however, there is often a shortage of eye care professionals, comprehensive eye services and resources, and many patients with NCDs aren’t diagnosed before they have significant vision loss or blindness. In a national guideline for the prevention of blindness in South Africa, the Department of Health reported a 0.75% prevalence of blindness in the country, of which 80% of these cases were said to have been avoidable.

The impact of vision loss is measured in the form of disability adjusted life years, Coetzee explains. This measures the disease burden and is expressed as the number of years lost due to disability. “Although these people are still alive, they can have severe disability due to preventable or treatable blindness. Activist Hellen Keller said, ‘Of all the senses sight must be the most delightful.’ Vision loss steals your independence and can take away your joy for life.”

Cataracts, glaucoma, AMD and diabetes are all prescribed minimum benefit (PMB) diseases and, by law, treatment must be covered by all medical aids. Prevention, however, is not as clear-cut, Coetzee points out. Most medical aids will pay for the screening of these diseases if there are funds available in the day-to-day or savings benefit. Many medical aids also have diabetic programmes where yearly eye screening is recommended.

Most medical aid plans cover low vision clinic visits for patients who become blind as a result of an NCD, but many low vision aids and devices have to be paid for by the patient. It’s important to check what NCD blindness related diseases you may be covered for, based on your individual medical aid.

Taking care of yourself and your eyesight

Many people believe that blindness is not preventable and is simply part and parcel of normal ageing. However, programmes that target blindness and the conditions that cause it, can change the lives of individuals, and improve public health nationally.

Coetzee recommends taking the following steps to lower your risk of eye disease and vision loss: