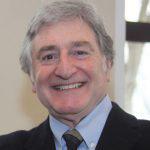 Prof Burke co-discovered salvestrols, a phytonutrient found in plants, which assists cancer patients and which has been described as a significant breakthrough in nutrition

Prof Burke has spent most of his life studying cancer, its causes and detection and his research tools are used globally. He is Emeritus Professor of Pharmaceutical Metabolism at Sunderland University after serving there as Dean of Science.

He co-discovered salvestrols, a phytonutrient found in plants, which assists cancer patients and which has been described as a significant breakthrough in nutrition. This discovery has helped scores of cancer patients worldwide and has been used to help develop further cancer drugs.

MC: What is integrative medicine, and what is its role in cancer treatment?

Prof Burke: Integrative medicine uses the best of all possible approaches to the benefit of patients. It doesn’t start from a standpoint of saying one approach is better than another. It uses approaches that have evidence of being beneficial. This doesn’t necessarily mean laboratory or scientific evidence. Experiential evidence is also very important.

It takes into account we are all individual. Biologically, our response to therapies differs. If you only rely on one type of approach, you might not benefit from it. Integrative medicine uses an armamentarium of beneficial therapeutic approaches. When applied optimally, by an expert, the expert practitioners choose the best approach for that individual.

At its best, before therapies start, it involves a lot of finding out by the therapist about the individual, what are they likely to benefit from? Not all the experts make the same choices for the patients. To use chess as an analogy, if you’re going to try to take one of your opponent’s pieces, make sure you have five of your pieces attacking it. This is what integrative medicine does, especially with cancer.

Cancer is a clever beast. Other than microbial resistance to antibiotics, a problem of our own making, cancer is the cleverest devil of all the diseases. No matter what we do to try to beat it, it often finds a way around. If you use only one approach, it is quite easy for it to find a way around. Cancer finds alternative routes. Varied approaches help to beat it.

Take something like curcumin, which has over 9000 peer-reviewed published papers on its molecular science. Curcumin can block off so many of the alternative routes that cancer finds.

MC: Is this used in conjunction with radiation and chemotherapy?

Prof Burke: It’s not a ‘versus’ or even a comparison.

From the Human Genome project, scientists now know the molecular pathways that lead to cancer. This is the new knowledge. For the first time in the history of cancer research and the development of anti-cancer medicines, the scientists involved are starting to really know about cancer and find selective targets. If the drugs close off one essential molecular pathway that causes the cancer to grow, the cancer just turns on an alternative pathway.

My personal belief, based on my understanding of the scientific literature, is that curcumin has a good chance of stopping these alternative pathways from being switched on. So, if you were to give something like curcumin alongside the clever targeted anticancer drugs, you might just lessen the development of resistance to the drugs. This is using the natural to support the pharmaceutical.

One of the greatest living cancer researchers, Dr Bert Vogelstein, recently wrote a paper saying that the development of resistance to the best medicines by cancer will hinder all the best efforts. We need something to try to lessen that happening.

The evidence is clear that nutritional phytotherapy – the use of  pharmacologically active compounds, made from plants that we eat in our diet, are there to use. Three cheers for the integrative oncologists.