The immune system prevents countless diseases and cures infections, however, sometimes it needs a little help. Clinical trials have found that antioxidant supplementation can significantly improve certain immune responses. An antioxidant is any compound that can counteract free radicals (unstable molecules) that damage DNA, cell membranes, and other parts of cells. “Free radical generation occurs continuously within cells as a consequence of common metabolic processes. 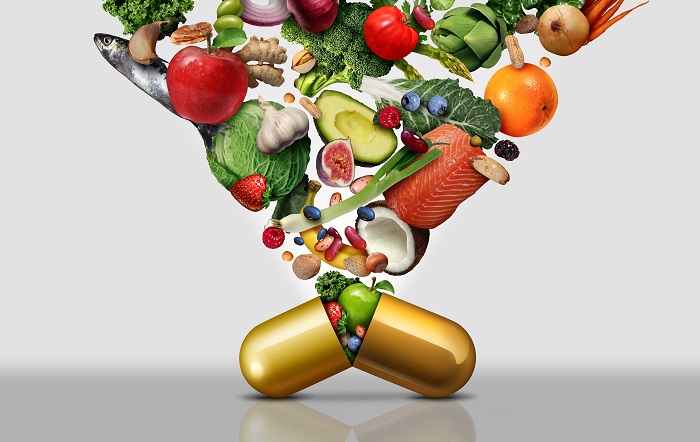 Antioxidants are the body’s first line of defence against free radicals.

However, in high concentrations, whether from endogenous or exogenous sources, free radicals can lead to oxidative stress; a harmful process that causes serious damages to all biomolecules in our body hence impairs cell functions and even results in cell death and diseased states,” Banafsheh Aslani et. al. explained in Studies on oxidants and antioxidants with a brief glance at their relevance to the immune system (published in Life Sciences Volume 146)

This is where antioxidants come into play as the body’s first line of defence against free radicals.

“Antioxidants neutralise free radicals by giving up some of their own electrons. In making this sacrifice, they act as a natural ‘off’ switch for the free radicals,” reported the authors of Understanding antioxidants (Harvard Health Publishing). “This helps break a chain reaction that can affect other molecules in the cell and other cells in the body.”

The good news is that the body creates antioxidants to balance this damage. “However, since we are exposed to additional free radicals from pollution, cigarette smoke, pesticides, radiation, and some processed foods, we need to also take in additional antioxidants to neutralise the free radicals,” stated registered dietitian Kristi Friesen.

Antioxidants exist both in enzymatic and non-enzymatic forms in the intracellular and extracellular environment. “Also, nutrient antioxidants such as vitamin C, vitamin E, carotenoids, polyphenols, and trace elements are known to have high antioxidant potency to assist in minimising harmful effects of free radicals, said Aslani et. al.

ANTIOXIDANTS AND THE IMMUNE SYSTEM

The immune system is responsible for protection against infection by pathogens such as bacteria, viruses, and protozoan parasites. While the immune system prevents countless diseases and cures infections, sometimes it needs a little help. Clinical trials have found that antioxidant supplementation can significantly improve certain immune responses. Antioxidants are essentially the body’s first line of defence against free radicals.

The three major antioxidant vitamins are beta-carotene, vitamin C, and vitamin E. They can be found in colourful fruits and vegetables, especially those with purple, blue, red, orange, and yellow hues. They are also available as supplements.

Beta-carotene has powerful antioxidant properties that help ward off disease. “Nutritionists traditionally viewed beta-carotene solely as a source of vitamin A activity in the diet. However, several studies have shown that carotenoids can enhance immune functions independently of any provitamin A activity,” Dr Adrianne Bendich reported in Physiological role of antioxidants in the immune system, published in Vol 76 of the Journal of Dairy Science.

Vitamin C helps the body build healthy skin and connective tissue, which helps to block the entry of foreign microbes. According to the postdoctoral fellow at the Institute for Biomedical Aging Research, University of Innsbruck, Luca Pangrazzi: “Vitamin C has a strong ability to donate electrons rapidly, thus protecting important biomolecules such as lipids, carbohydrates, proteins, and nucleic acids from damage by oxidants generated during normal cell metabolism and through exposure to toxins and pollutants.”

A powerful antioxidant, vitamin E plays a critical role in protecting cell membranes against oxidative damage. Healthy cell membranes help keep foreign microbes out. “As a lipid-soluble antioxidant, vitamin E protects the cells including those of the immune system from lipid peroxidation,” Boyd explained. “Immune cells are rich in polyunsaturated fatty acids, which puts them at an increased risk for oxidative damage. To counteract this they also contain high concentrations of vitamin E, reducing the potential for cellular damage which may otherwise impair immune responses.”

The first line of defence in strengthening the immune system is to choose a healthy lifestyle. A diet high in nutritious foods which are rich in vitamins and minerals supports the optimal function of the immune system. However, where there are challenges in meeting dietary requirements, supplements may be a useful addition in helping to meet nutritional needs.

Remind patients that as for all drugs, antioxidants may give important side effects if not correctly used or in combination with other drugs.