Venlafaxine is available in various dosages ranging from 37.5mg, 75mg, 150mg, 225mg to the unique 300mg formulation.1  Venlafaxine immediate release (IR) was initially approved by the American Food and Drug Administration in 1993, followed in 1997 by the launch of a micro-encapsulated extended release (XR) formulation, which is dosed once daily. The clinical advantage of the XR formulation is less nausea and dizziness at the outset of therapy. The half-life of venlafaxine IR is five hours, while the XR formulation demonstrates a longer half-life (11 hours).3 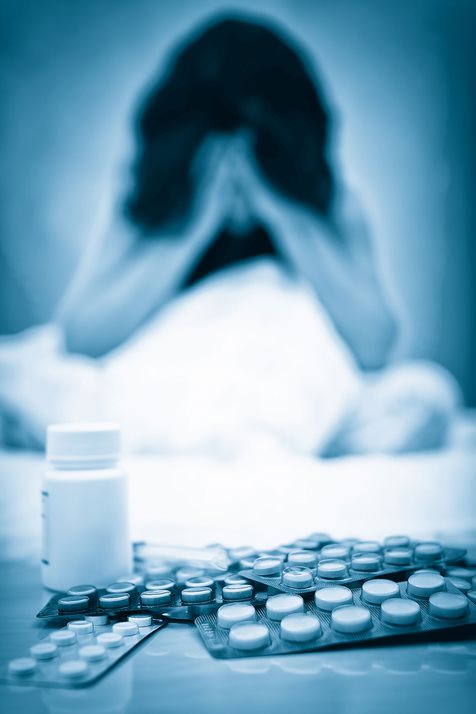 The half-life of venlafaxine IR is five hours, while the XR formulation demonstrates a longer half-life (11 hours)

Different antidepressants all work in slightly different ways and target certain neurotransmitters to modulate mood and behaviour. All currently licensed antidepressants increase serotonin (5-HT), norepinephrine (NE), or both in the synapse.4

Venlafaxine is bicyclic and is structurally different from other SNRIs because it inhibits the reuptake of both 5-HT and NE in a sequential manner. 5-HT reuptake is initially inhibited, followed by NE reuptake inhibition.3

It has a clear dose progression, with low doses predominantly binding to the 5-HT transporter and higher doses binding to the NE transporter. Therefore, venlafaxine essentially acts as a selective 5-HT reuptake inhibitor (SSRI) at 75mg/day, and with higher doses such as 225mg/day, it has significant effects on NE (in addition to 5H-T). This implies that venlafaxine possibly has a greater overall efficacy at higher doses.5,6,7

Debonnel et al compared the effects of a low dose (75mg) and of a forced titration of high (up to 375mg in one week) daily doses of venlafaxine. Both the low and the high doses of venlafaxine decreased the levels of 5-HT to the same extent. The reduction was of about 55% after one week and 75% after four weeks.  Both groups of patients responded equally well to venlafaxine, as shown by a 60% decrease on depression measurement scores after four weeks of treatment.6

According to the authors, their findings confirm that at a low dose of 75mg/day, venlafaxine acts as a SSRI and that at higher doses, its NE reuptake blockade property gradually manifests itself. This suggests that the higher doses of venlafaxine may be effective in treatment-resistant depression for patients having failed to respond to other types of antidepressant treatments, including SSRIs.6

Higuchi et al showed that higher doses (75mg–225mg/day) of venlafaxine could be more effective for patients with severe MDD, given that the severity of depression may influence the relationship between SNRI dose and clinical response.8

Lydiard found that venlafaxine XR maintained its efficacy for up to six months in patients with GAD. Compared with placebo, it demonstrated statistically significant efficacy when administered once daily in doses ranging between 37.5mg/day and 225mg/day. In addition, the incidence of adverse events was low and generally comparable to that for placebo. In light of these results, venlafaxine XR has a unique role in the long-term treatment of GAD.9

Stein et al showed that in patients with SAD, improvement was greater with venlafaxine ER (at 75mg/day or 150–225mg/day) than placebo and was sustained throughout their six-month trial. Of patients receiving venlafaxine ER (at any dose), 58% responded to treatment compared to 33% of those receiving placebo. Corresponding remission rates were 31% and 16%.10

Venlafaxine is indicated for the treatment of MDD, GAD, SAD, and prevention of recurrence of MDD episodes. Its efficacy in treating these psychiatric conditions have been shown in numerous studies. Higher dosages have been shown to be effective in patients with severe or refractory MDD. Venlafaxine is associated with an increase in blood pressure. Therefore, the patient’s blood pressure should be measured before starting the medication and, additionally, continued to be monitored.11