The story of probiotics is as old as human history, as it is closely related to the use of fermented food. About 10 000 years ago farming started to replace hunting and gathering, and people began to produce fermented food and beverages such as bread, kumis, kefir, cheese, beer and wine. 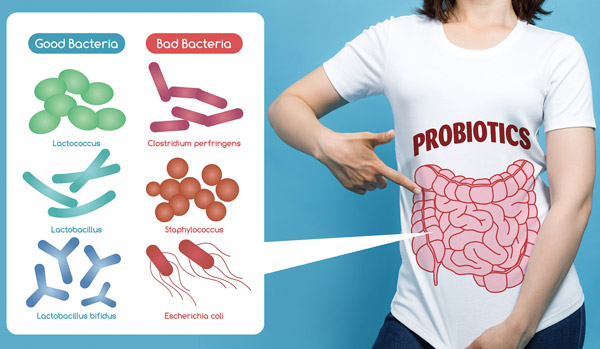 Subsequently the beneficial health properties and therapeutic use of fermented products – especially on gut microbiota – have been shown in numerous studies. The modern history of probiotics starts in the late 1800s. Here are some selected highlights:

1860 Nobel laureate Louis Pasteur identifies the microorganisms responsible for the process of fermentation.

1882 Nobel laureate, Elie Metchnikoff studies the effect of microorganisms responsible for the process of fermentation on human health. He links the longevity of Bulgarian rural people to the regular consumption of fermented dairy products such as yogurt.

1899 Henry Tissier isolates Bifidobacteria from the stools of breast-fed infants. He finds that they were a predominant component of the intestinal flora in healthy humans and later recommends the administration of Bifidobacteria to infants with diarrhoea.

1901 Microbiologist Martinus Willem Beijerinck describes the genus Lactobacilli of which Lactobacillus reuteri is one of the most studied. L. reuteri is named after Gerhard Reuter, a German microbiologist who spent most of his career attempting to understand the human intestinal microbiota with a focus on Lactobacilliand bifidobacteria.

1917 Alfred Nissle notices that during a severe outbreak of shigellosis among German soldiers, one soldier was not affected. He isolates a non-pathogenic strain of Escherichia coli from the faeces of this soldier and postulates that the strain prevented the soldier from acquiring shigellosis. This is subsequently interpreted to be a so-called probiotic.

1929 Biochemists Arthur Harden and Hans Euler-Chelpin are awarded the Noble Prize for elucidating how yeast cells cause fermentation.

1930 Microbiologist Minoru Shirota discovers bacterial flora that survives passage through the gut after ingestion. He isolates and cultivates a Lactobacillus casei strain, which leads to the commercial production of the first fermented bacteria-containing drink, Yakult, still manufactured and sold worldwide.

1953 Nobel laureate Werner Kollath introduces the term ‘probiotic’ (latin pro and the greek βιοσ meaning for life) to describe various organic and inorganic supplements that were believed to have the ability to restore the health of malnourished patients.

1954 Ferdinand Vergin proposes the term ‘probiotika’ to describe active substances that are essential for the healthy development of life.

1965 Daniel Lilly and Rosalie Stillwell expand the definition of probiotics to represent ‘substances secreted by one organism which stimulate the growth of another’.

1974 Roy Parker proposes that the term probiotic should include not only microbial organisms but also other substances that contributed to intestinal microbial balance.

1988 Whipps et al introduce the term ‘microbiome’, setting the stage for the launch of the Human Microbiome Project (HMP).

1992 Roy Fuller further expands the definition of probiotics as ‘a live microbial feed supplement, which beneficially affects the host animal by improving its intestinal microbial balance’.

1998-2016 Several studies show that L. reuteri are safe in adults, children, infants, and even in an HIV-infected population.

2000 The American Food and Drug Administration (FDA) declare that the majority of probiotic organisms are generally regarded as safe.

2001 The World Health Organization (WHO) and the Food and Agricultural Organization (FAO) of the United Nations formulated the current definition of probiotics as ‘live microorganisms which, when administered in an adequate amount, confer a health benefit to the host’.

2002 WHO/FAO draft guidelines regarding the evaluation of probiotics in various food products. The International Scientific Association for Probiotics and Prebiotics (ISAPP) is established.

2008 The FDA publishes its working definition of probiotics, classifying them as live biotherapeutics: Live microorganisms with an intended therapeutic effect in humans, including bacteria and yeast used in disease prevention or treatment, intended local or regional action. It includes probiotics for clinical use.

2014 The ISAPP publishes an expert consensus document on the scope and appropriate use of the term probiotic: Live microorganisms, which when administered in adequate amounts confer a health benefit on the host.

2016 Sawh et al show that probiotics are beneficial in the prevention of severe necrotising enterocolitis (NEC) and death in preterm infants.

2017 The Working Group on Probiotics of the European Society of Pediatric, Gastroenterology, Hepatology and Nutrition, recommends the use of S. boulardii in the prevention of Clostridium difficile-associated diarrhoea. In addition, they recommend LGG and S. boulardii, L. reuteri for the management of infantile colic, and as a conjoint treatment for the management of H. pylori. Panigrahi et al published a large study showing probiotics can prevent sepsis in newborns and NEC in low birth weight, premature babies. Gregor Reid publishes a study showing the efficacy of probiotics in improving vaginal microbiota and reducing infection recurrence.

2011/2017 The World Gastroenterology Organisation (WGO)publishes its guidelines. Based on the evidence, they found that probiotics are effective in:
• Preventing colorectal cancer
• Preventing and treating diarrhoea
• Eradicating Helicobacter pylori
• Preventing and treating hepatic encephalopathy
• Improving immune response
• Preventing further relapse of pouchitis after the induction of remission with antibiotics. Achieving higher response and remission rates in mild to moderately active UC in both adult and paediatric populations.

2018 The label ‘probiotic’ is often misused by being applied to products that do not meet the criteria (see box 3). The FDA publishes a draft policy on quantitative labelling of dietary supplements containing live microbials as guidance for Industry.

2020 The American Gastroenterological Association published its updated guideline, which recommends the use of probiotics for:
• For preterm (born before 37 weeks), low birth weight (< 2500 g) infants, specific probiotics can prevent death and NEC, lessen the number of days required to reach full feeds, and shorten the length of the hospital stay.
• Prevention of C. difficileinfection in adults and children who take antibiotics.
• Management of pouchitis, a complication of UC that has been treated surgically.

Modern probiotics were designed for two basic reasons:
1. To replenish organisms that are naturally in a given niche but whose numbers have been depleted and illness has occurred. This could be the use of Lactobacillus crispatusin the vagina to counter bacterial vaginosis or ascension of E. coli into the bladder.

2. Strains are selected because they have properties that counter pathogens/conditions causing illness, with an aim of restoring health and ideally allowing the indigenous beneficial microbes to return. An example would be to orally administer Lactobacillus rhamnosus GR-1 and Lactobacillus reuteri RC-14, which are not species highly prevalent in the vagina, but whose administration results in recovery from infection and the return of indigenous L. crispatusand L. iners.

Choosing an appropriate probiotic product for your patient

Recommendations of probiotics, especially in a clinical setting, should tie specific strains to the claimed benefits based on human studies. Some strains will have unique properties that may account for certain neurological, immunological, and antimicrobial activities. The WGO notes that the optimal dose of probiotics depends on the strain and product. The organisation, therefore, recommends that clinicians who advise their patients to use probiotics specify the probiotic strains, doses, and duration of use that studies in humans have shown to be beneficial. Finally, the WGO recommends that probiotic supplement users check the labels of probiotic supplements for recommended storage conditions, for example, some require refrigeration, whereas others can be stored at room temperature.

Probiotics are confirmed to be safe and should adhere to certain conditions. For example, probiotics should: »Not lose their properties during storage »Normally be present in the human intestines »Be able to survive in the gastrointestinal tract and colonise the intestinal cells »Have beneficial effects on human health »Display antagonism against pathogenic microorganisms »Not demonstrate any noticeable side-effects. The potential health benefits of probiotics tend to be strain-specific and generalisations of probiotic benefits do not attribute to different strains within one species.