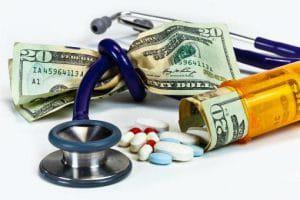 With more above-inflation medical scheme tariff increases on the horizon for 2017, many consumers have been left bewildered by the escalating costs of medical care. Most feel powerless in the face of double-digit increases.

These increases are coming at the same time that SASA is seeing a consistent below-inflation increase for healthcare practitioners and an erosion of their payments. It is becoming harder for practitioners to provide services and harder for the consumer to afford the cover.

Says SASA’s Chief Executive Officer, Natalie Zimmelman, “There is no doubt that the costs of healthcare are rising and that’s making it difficult for everyone”.

According to Zimmelman, even practitioners are being short-changed by the rising costs. But these aren’t the only issues. She also highlighted that consumers are being paid different amounts by their medical schemes depending on which doctor they go to.

These, and other, issues are compounded in the absence of a collective consumer body as there isn’t a proper organisation in place to argue the consumer’s interests and question the decisions made by medical schemes on their behalf.

“In theory, the increases should benefit the patient or medical scheme member. It’s a way to enhance efficiencies and get the best possible care,” says Zimmelman, however this doesn’t necessarily work practically.

With a move toward a global fee structure in medical care, consumers now run the risk of paying for a higher or existing level of medical service or treatment but receiving a treatment or medical service that is below that level.

“There is no question that the current structure of the global scheme is not necessarily providing the best care for the patient. Rates are going up but the care package is going down,” says Zimmelman.

“There is a differential in product and who your scheme offers on the network. Things are getting more expensive for the patient, the doctor is getting paid less and the treatment is less,” she adds.

Medical schemes have cited the reasons for the impending inflated contributions as being the rising costs of medication and of importing medical equipment, the falling rand, increasing costs of private healthcare with doctors charging higher than medical-scheme rates, an increase in the average age of principal members on the schemes and high private hospital costs.

In addition to this, schemes are also blaming increases in expenditure on hospitals where some medical schemes have been experiencing a hike in their members’ claim patterns.

According to the 2015 annual medical schemes industry trends report by Alexander Forbes Health, medical schemes are under pressure, with just above a third of schemes achieving an operating surplus in 2014.

With the schemes’ only sources of income being member contributions and income from investments, when there is a shortfall, schemes can do one of three things:

Included in the second point above are options such as decreasing payment to the healthcare practitioner, leaving a greater co-payment for the member; instituting stricter network agreements, reducing member choice; and establishing managed care pathways that may or may not be in the best interest of the patient.

Everyone is doing their best to keep the costs in line with the medical care given, from consumers to practitioners to medical schemes themselves.

“However, consumers also need to understand that there are consequences to their own behaviour”, says Zimmelman.

Other options to managing healthcare costs include encouraging a healthier lifestyle amongst beneficiaries, so as to decrease the need for care and encouraging more responsible usage of the benefits by the medical scheme members.

She says that consumers need to start evaluating their choices in the market and that there needs to be a growth in consumer activism, where medical scheme members start attending AGMs and challenging the medical schemes to explain their decisions and choices.