In this article, Prof James Ker introduces us to haemodynamically stable venous thromboembolism. Next issue, he examines strategies to manage the condition. 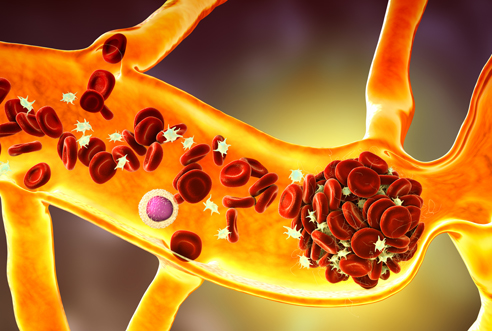 Venous thromboembolism (VTE), consisting of deep venous thrombosis (DVT), and pulmonary embolism (PE), affects about 10 million people globally with an annual incidence of 1-2 cases per 1000 of the population and this incidence rises with increasing age.1

Globally, acute VTE is the third most common acute cardiovascular syndrome after acute myocardial infarction and stroke.2 VTE events can occur up to 50% in patients during or shortly after hospitalisation.3 About 10% of all hospital-associated deaths are associated with VTE. About one third of all patients with a VTE event will have a recurrence of the VTE event within the next 10 years.3 There are some indications that the incidence of in-hospital deaths due to VTE are declining.

There is an increased risk of death during the acute episode of VTE. About 20% of patients with a VTE event will die within a year after diagnosis, often of an underlying co-morbidity.

The above consequences indicate the necessity of early diagnosis of VTE and adequate early treatment.

VTE is a multicausal complex disease triggered by provoking factors. Provoking or risk factors are traditionally associated with Virchow’s triad consisting of conditions of stasis, hypercoagubility, and abnormalities of the blood vessel. VTE is also now regarded as a cardiovascular continuum in which the traditional cardiovascular risk factors for atherosclerotic disease also increase the risk of VTE.4 The proposed mechanism for the development of venous thrombosis is a complex interaction between coagulation and inflammation in which activating the coagulation cascade stimulates the immune system and in turn, innate immune cells then contribute to thrombus formation in a process called immunothrombosis.5 Leucocytes are the primary source of procoagulant tissue factor-positive microparticles that stimulate thrombus formation and growth. Neutrophils produce neutrophil extracellular traps (NETs) that provide a scaffold for red cells, platelets and procoagulant molecules to promote thrombus formation. Platelets help induce the formation of NETs and augment the procoagulant activity of the innate immune cells.

Strong risk factors that are persistent:

Strong risk factors that are transient: