An Allergy Nasal Spray is now available in South Africa which contains a natural compound that not only relieves itching and sneezing associated with allergic rhinitis, but also helps to prevent and treat the symptoms of a variety of viral diseases. This is positive news for the estimated 20 – 30 % of South Africans who suffer from allergic rhinitis (hay fever), particularly as we head for spring, a time when many allergy sufferers really struggle the most. 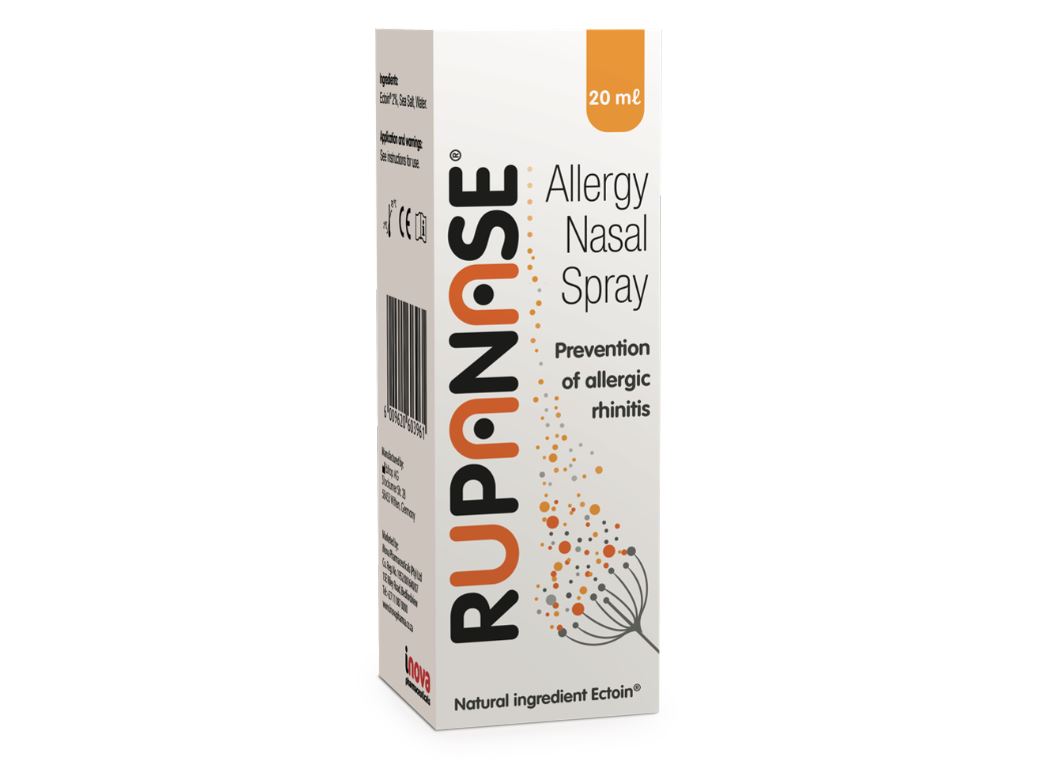 Rupanase Allergy Nasal Spray contains a natural compound that not only relieves itching and sneezing associated with allergic rhinitis, but also helps to prevent and treat the symptoms of a variety of viral diseases.

While most of us look forward to springtime for its warmer temperatures and beautiful flowers, for many South Africans, spring spells hay fever season and a time of exasperating runny noses, red eyes and an itchy throat. Pollen, a common trigger of allergic rhinitis, is often worse during spring, especially when outdoors or when the wind blows. Symptoms can last for weeks or even months and the sneezing, itchy and runny nose may be prominent as well as problems with red and itchy eyes.

Other triggers include house dust mite, pet, grass and mould, which come into contact with the sensitive, moist lining in your nose and sinuses which sets off the allergic response. Rupanase Allergy Nasal Spray helps to relieve the symptoms of allergic rhinitis and helps to alleviate symptoms of viral symptoms including sneezing, itching and crust formation. Allergic rhinitis itself is not a trivial disease with many suffering from the condition all year round.

Uncontrolled allergic rhinitis can affect quality of life and can limit children’s ability to learn and adult’s opportunity to work to their best ability. A third of South Africans will suffer from some allergic disease during their life and 40 % of allergy sufferers are children. Rupanase Allergy Nasal Spray is well tolerated and relieves symptoms such as a sore throat and blocked nose and may prevent symptoms from worsening. Rupanase Allergy Nasal Spray is now available at leading pharmacies countrywide and complements the tablet range, indicated for the treatment of allergic rhinitis and urticaria.

Go to https://gotallergies.co.za/ for more information.