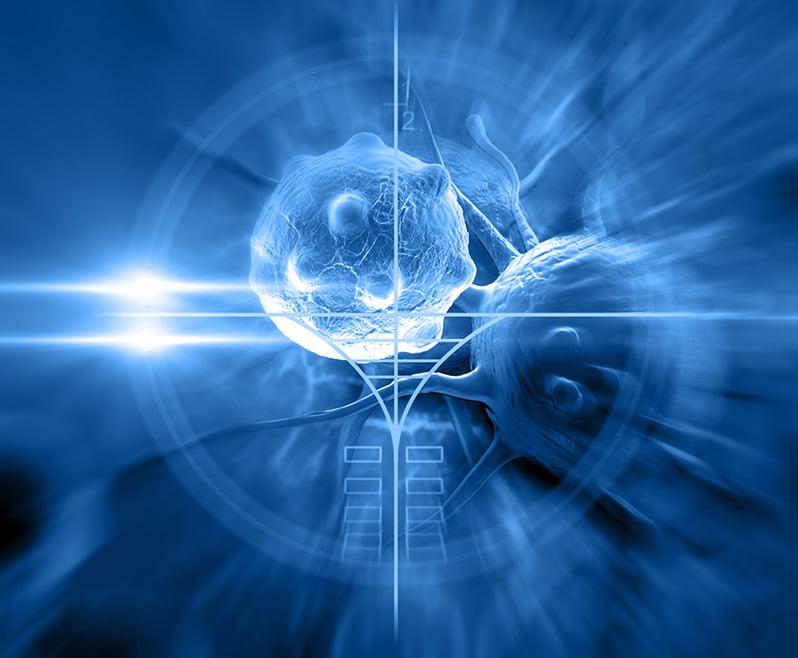 Breast and colorectal cancer are amongst the most common cancers in SA. In recent years, patient outcomes have been given a significant boost following major advances in the treatment of both these cancers, especially for the aggressive Her2-positive breast cancer and metastatic colorectal cancer.

The most recent South African National Cancer Registry data from 2012 shows that over 2900 new metastatic colorectal cancer (mCRC) patients are diagnosed each year, with men slightly more predominant than women.

“In the treatment of mCRC, median survivals have increased from around one year to over three years, with the advent of medicines that inhibit blood vessel growth (angiogenesis) or signal transduction to the colorectal cell nucleus via the epidermal growth factor receptor (EGFR) pathway,” said Prof Paul Ruff, Chief Specialist, Professor and Head of the Division of Medical Oncology at Wits.

Medicines achieving exciting results in mCRC treatment include antiangiogenic agents such as bevacizumab, ramucirumab and aflibercept, anti-EGFR monoclonal antibodies cetuximab and panitumumab in RAS wild-type patients, and more recently checkpoint inhibitors such as pembrolizumab in MSI-H tumours. Prof Ruff has authored a number of peer-reviewed papers on the key mCRC clinical trials, including the CRYSTAL (cetuximab), PRIME (panitumumab), VELOUR (aflibercept) and ASPECCT (panitumumab and cetuximab) studies. He is on ASPECCT study’s steering committee and continues collaboration on ASPECCT and VELOUR.

In addition, in the treatment of advanced mCRC, Prof Ruff says, “We hope to achieve better biomarker-driven patient selection especially for antiangiogenic therapy where there are no biomarkers.”

Dr Georgia Demetriou says breast cancer is the most common cancer presenting in South African women across the board. The most recent National Cancer Registry data from 2012 shows that over 8000 women develop breast cancer in SA per year. Dr Demetriou is Senior Consultant in the Division of Medical Oncology and Head Medical Teaching Unit at Wits and Charlotte Maxeke Johannesburg Academic Hospital.

“Between 15%-20% of breast cancer cases in SA as well as worldwide are Her2-positive, an aggressive subtype of breast cancer with a higher risk of recurrence and metastatic spread to sites such as liver, lungs, bone and sometimes brain,” Dr Demetriou explains. “Over the past 20 years, we have come a long way in identifying, blocking and treating this cancer as a result of several key clinical trials.”

Her2 is a protein that can stimulate breast cancer cell growth. The use of targeted ‘blockade’ drug therapy and, more recently, targeted dual drug therapy, known as ‘dual blockade’, has come a long way in identifying and blocking Her2-positive breast cancer.

In the neoadjuvant treatment (chemotherapy and targeted treatment before surgery) Her2 blockade has doubled the rate of pathological complete response rates of patients while adjuvant therapies (chemotherapy and targeted treatment after surgery) for Her2-positive breast cancer have improved disease-free survival by up to 45% and overall survival by 33%. In patients where the cancer has spread, Her2-blockade has resulted in significantly longer median survival rates of up to six years.

“The more recent trials have looked at a dual blockade with two of the key treatment drugs, trastuzumab and pertuzumab, to try and achieve an improved survival rate with the use of both drugs in the adjuvant setting after surgery and chemotherapy,” Dr Demetriou explains. This was discussed at the American Society of Clinical Oncology Conference in Chicago at the beginning of June 2017, although there is concern that the small improvement in survival comes with a prohibitive cost.

These exciting advances in both Her-2 positive breast cancer and mCRC treatment represent a significant improvement in patient outcomes, with several global clinical trials, in which the Wits Medical Oncology Division has collaborated at the Charlotte Maxeke Johannesburg Academic Hospital.