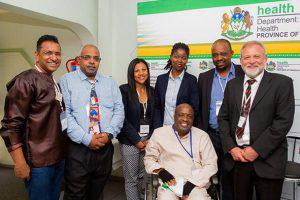 To coincide with World Glaucoma Week 2017 which took place from the 12-18 March, Novartis has highlighted results of an international survey showing that the majority of those surveyed (54% of respondents) are unfamiliar with glaucoma. Glaucoma, a leading cause of blindness, affects approximately 60 million people around the world. Glaucoma is often undetected because it is an almost symptomless eye disease that worsens over time and may lead to blindness.

“Early diagnosis and treatment is essential, but many people are not aware that they may face the risk of glaucoma and potential blindness,” said Thomas Kowallik, CEO and Country President, Novartis South Africa and Head of Novartis Southern Africa Country Group. “The results of our survey support recommendations from scientific experts and patient organisations showing there is a significant gap between awareness of the disease, its potential impact and the relatively low individual acceptance of the regular screening.”

The survey showed that 87% of respondents believe regular eye exams are important but only 33 percent reported having one annually.

A glaucoma awareness event took place at the Pavilion Shopping Centre in Durban on Saturday 11 March, where representatives from McCord Hospital and Novartis educated the general public and offered free glaucoma testing.

On Thursday 16 March, an event was held in association with the Provincial Department of Health and Novartis at Bronkhorstspruit Hospital, where over 100 people were screened for a host of eye related problems, including glaucoma.  These annual screening days in partnership with the Gauteng Department of Health are instrumental in increasing awareness and identifying patients with refractive errors, cataracts and glaucoma.