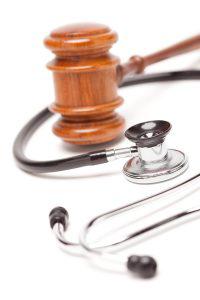 While disciplines such as obstetrics, neurosurgery, neonatology and orthopaedics are the most exposed to these claims, South Africa’s health system, both public and private, is becoming increasingly litigious for all disciplines of health service providers. According to the DA website, in the past 4 years the Department of Health has incurred R1.2 billion in legal costs relating to medical malpractice, while in the private sector, the cost of doctors protecting themselves has reached breaking point, with many doctors electing to cease practicing in the ‘high risk’ areas.

The consequences of practicing ‘defensive’ medicine include an increase in healthcare costs because healthcare practitioners perceive every patient as a potential malpractice suit and therefore perform additional tests and procedures in order to mitigate against possible legal action. Some experts cite the threat of litigation as the reason behind the abnormally high C-section rate within the private sector.

But our legal system, while focused on applying the law, is not necessarily focused on seeking justice.

“Think of it this way: litigation involves entrusting their conflicts and the associated risks to a system over which they have no control, that is renowned for its high costs and delays, that is more than likely to destroy whatever business or other relationship they had with the other party and is also potentially subject to numerous appeals – all in pursuit of an outcome that is uncertain and could go either way.”

It is therefore critical that progressive alternatives are sought to stem the litigation tide.

One of these alternatives is mediation.  According to Jordaan, while there is a role for litigation, mediation is the primary form of alternate dispute resolution, or ADR, and one that should employed as a first resort.  He further explains in his article that,

“Mediation is a flexible process conducted confidentially in which an impartial third party actively assists the parties in working towards a negotiated settlement of a dispute or difference, with the parties in ultimate control of the decision to settle and the terms of resolution.”

But whichever way one looks at the problem, what is clear is that money spent on costly legal battles is not in the interest of achieving affordable healthcare for all South Africans and therefore fair and just solutions must be sought.

The Institute of Health Risk Managers (IHRM) will be hosting a seminar to provide delegates with practical strategies to assist them in avoiding costly malpractice suits.