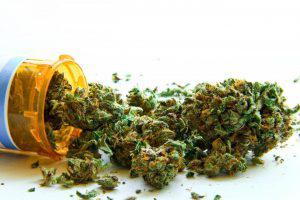 The South African Medical Association (SAMA) notes the significant developments made in relation to medical cannabis in South Africa. However, SAMA would like to warn the public that the proposed amendments to allow for medical marijuana will be implemented along strict guidelines.

On 23 November 2016 Parliament’s Portfolio Committee on Health announced that the Department of Health will soon regulate access to medical cannabis for prescribed health conditions.

“The public, and healthcare professionals, should note, however, that the Medical Innovation Bill seeks to allow cannabis for medical purposes only. The Bill, and the regulatory framework to be introduced by the Health Department, do not apply to cannabis for recreational purposes, which remains illegal in South Africa,” noted Dr Mzukisi Grootboom, chairperson of SAMA.

Medical cannabis refers to the use of cannabis for the management of specifically indicated health conditions, under professional supervision. Cancer-related pain has been the most involved condition.

The Medical Innovation Bill seeks to legalise innovative use specifically of cannabinoids for medical purposes. Neither this Bill, nor the available scientific evidence, advocates for the use of the whole cannabis plant, whether smoked or ingested. The term ‘cannabinoid’ describes any chemical constituent of the cannabis plant that acts on the endocannabinoid system of the human body.

The range of conditions for which medical cannabis is used varies from country to country and is informed by varying degrees of scientific evidence.

“As a professional medical body with prime concern for patient safety and protection, SAMA subscribes to the principle of evidence-based healthcare and maintains that policy decisions on medical cannabis should be based on high-quality scientific evidence,” said Dr Grootboom.

He said in the absence of strong evidence, more trials are required to demonstrate the benefit and risks of medical cannabis. He added that SAMA welcomes the proposed new regulatory framework and that the Association hopes that this regulatory framework will be evidence-informed and allow for further research.

SAMA believes that the regulations must adequately provide for the safe prescription and dispensing of cannabis and that medically prescribed cannabis must only be dispensed at a pharmacy.

“Even with careful regulation of medical cannabis, experience from other countries shows that the risk of counterfeit ‘patients’ abusing cannabis medication for recreation, or for profit, remains a problem, Dr Grootboom concluded.