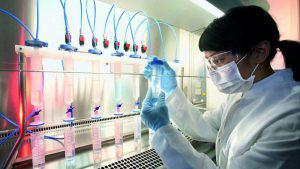 Serenity is an advanced genetic screening test for the early detection of hereditary breast and ovarian cancer risk. This genetic test does not replace the vital breast examinations and mammograms that detect the presence of breast cancer which has already developed, but it can help patients to understand their risk of developing breast or ovarian cancer.

All it takes to obtain the DNA necessary for the test is a cheek swab. The accurate results are usually available within two weeks.

Tranquility is an accurate, non-invasive and risk-free prenatal test (NIPT). This test screens for chromosomal disorders and abnormalities that cause conditions such as Down syndrome.

In as early as the 10th week of pregnancy, there is enough fetal DNA in the mother’s bloodstream for testing. Testing fetal DNA is much more accurate and reliable than maternal serum testing, and the DNA itself is obtained by drawing a small amount of blood from the mothers arm. The test has an accuracy of up to 99.9% in detecting Down syndrome, and can be used to determine the sex of the fetus, as well as to detect an additional nine conditions caused by abnormalities of the baby’s chromosomes.

Salubrity offers these services through its exclusive partnership with Genoma, a Swiss based leader in clinical diagnostics. Testing is performed at Genoma’s laboratory in Geneva, Switzerland. Known for its Swiss levels of accuracy and quality which meet the most stringent European standards, Genoma owns the largest genetic platform for clinical diagnostics in Europe, making its products and services a first class choice for Salubrity.

Salubrity believes that genetic testing should be accompanied by professional genetic counselling both before and after the test. These genetic counsellors, as well as any further care that may be necessary, have been incorporated into Salubrity’s national partner network.