The Global Burden of Disease (GBD) report, in 2017, presented results described in seven scientific papers. The results covered mortality and life expectancy, causes of death and years of healthy life lost, years lived with disability, overall burden of disease, risk factors and the chances of each nation meeting 41 of the health-related indicators that are part of the United Nations Sustainable Development Goals (SDGs) for 2030. 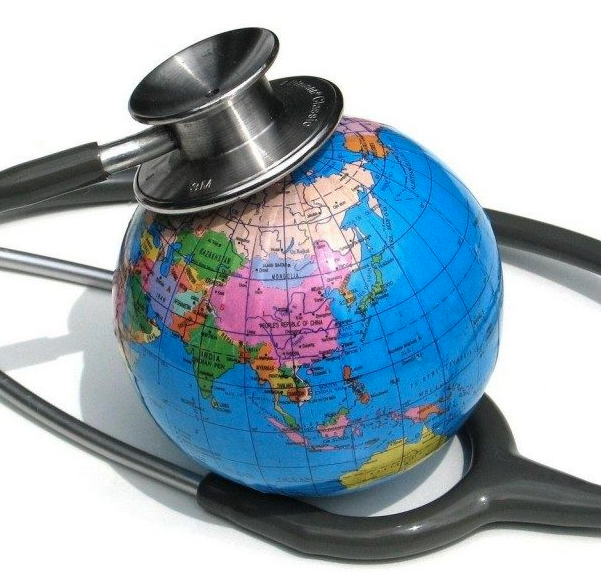 An unintended consequence of increased access to healthcare globally is the dramatic increases in mortality from diseases and disorders linked to pharmaceuticals, specifically antibiotic resistance and opioid use.

The work done by WHO and IHME, and the Global Burden of Disease report offers a platform through which ‘strategies and progress can be tested and analysed’. It is imperative that all healthcare professionals have a broad understanding of the world’s Healthcare challenges. Work done to demonstrate the areas that need International agencies, health officials and other stakeholders can prioritise resources and optimise activities. The monitoring of the GBD will help us refocus or intensify efforts to meet the SDGs by 2030.

Healthcare challenges are greater than the ‘bubble’ that health professionals operate in. We need to see the world out there and then broaden our vision on the challenges beyond our borders. This information will make us more effective and responsible healthcare professionals. It will also help us change the way we evaluate the health of patients and the challenges in the country, and how small changes will benefit a population, a country and the world we live in.

From the work done by the IHME, here are some of the leading causes of death and health risk factors. The finding of the study is that ‘each of the following caused more than one million deaths Worldwide in 2017’. These are ischaemic heart disease, neonatal disorders, stroke, lower respiratory infections, diarrhoea, head injuries and chronic obstructive pulmonary disease (COPD). In addition, there has been a rapid increase in death rates for which antibiotics use or resistance is a major factor (such as tuberculosis and cellulitis).

Murray of IHME stated and I quote, “An unintended consequence of increased access to healthcare globally is the dramatic increases in mortality from diseases and disorders linked to pharmaceuticals, specifically antibiotic resistance and opioid use.” He further noted that, “Over the past decade, deaths from opioid use disorders globally increased by more than 75% from 61 859 in 2007 to 109 520 in 2017.”

When health loss is measured and reported in disability adjusted life years (DALYs) due to other risk factors, many of the common diseases, such as high blood pressure and smoking have changed little in rankings of the top 15 between 2007 and 2017. These factors are also prevalent in South Africa and are a major cause of NCDs.

Ranking of risk factors based on all ages including DALYs: Increases:

From the IHME 2017 report, data shows that show a significant difference in the rankings and percentage changes of all ages, DALYs in 1990 as compared to 2017. This data highlights a number of diseases encountered daily in every day medicine including Sub-Saharan Africa.

In 2017, there were several differences in the rankings of all-ages DALYs between males and females:

To conclude Murray said, “The burden of disabling conditions has serious implications for health systems and health-related expenditures. Global trends among non-communicable diseases indicate that more effort is needed to increase healthy life expectancy.” It is important for all health professionals to refer to the GBD reports regularly. It puts into perspective the challenges that the global communities face.

These challenges are compounded when viewed against the data of the third world countries and amongst the LMICs. Much of GBD data must be assessed in the context of South Africa as we prepare for NHI. It is data like this that will influence health policy redesign. It will also explain why NHI is a complex undertaking. We must review the GBD reports against our own healthcare status and complex challenges in a country with two drastically different Healthcare Systems.

The GBD data will point us in the right direction, it will help us to prioritise the NHI implementation strategy and let all stakeholders know what partnerships we need, and the role of all stakeholders as we strengthen the health system not just to deliver healthcare, but to monitor and evaluate, measure and improve the further healthcare delivery in SA.