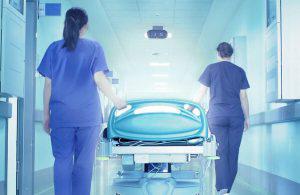 Lobby group SECTION27 calls for a review of mental healthcare service provision in the entire country. Those institutions that are found to be illegal must be shut down, it says

SECTION27 is relieved that the report of Health Ombud, Prof Malegapuru Makgoba, “Circumstances surrounding the deaths of mentally ill patients: Gauteng Province – No Guns: 94+ Silent Deaths and Still Counting” is finally public. We welcome the work the Ombud has done in investigating the deaths.

“We take note of the resignation of MEC Qedani Mahlangu, whose decisions led to this tragedy, and call for further accountability for her and others responsible. However, we are disappointed that the MEC does not take responsibility in the statement that she issued and refute her assertion that she is not responsible.” In his report, the Health Ombud states:

Available evidence by the Expert Panel and the Ombud show that a ‘high level decision’ to terminate the LE contract precipitously was taken, followed by a ‘programme of action’ with disastrous outcomes/consequences including the deaths of Assisted MCHUs. Evidence identified three key players in the project: MEC Qedani Dorothy Mahlangu, Head of Department (HoD) Dr Tiego Ephraim Selebano and Director Dr Makgabo Manamela. Their fingerprints are ‘peppered’ throughout the project.

Mahlangu further states that she initiated the investigation into the NGOs when in fact she was forced to do so following pressure from the provincial legislature and the lobby groups including SECTION27.

The MEC and her administration knew of the risks before embarking on this project and watched as the tragedy unfolded. They did nothing to stop it. They should be held to account to the fullest extent of the law.

“We hope that the report assists families in their process of healing. This has been a long and painful process for those who’ve lost loved ones and those who still worry, with good reason, over the safety of their family members. Until today’s report, their concerns have been disregarded. Publication of the report, however, is only a step towards closure – the report must now be implemented. We welcome undertakings made by the Gauteng Premier David Makhura and Minister of Health Dr Aaron Motsoaledi to work swiftly, and with families to implement the report.”

SECTION27 has met with a number of families and other stakeholders and agreed to study the report and decide collectively on next steps. The report’s recommendations are extensive and require the overhaul of the mental healthcare system in Gauteng, and across the country.

“We call for a review of mental health care service provision, in all its forms, not only in Gauteng but the entire country. Those institutions that are found to be illegal must be shut down.”

The report recommends that all the remedial actions should be instituted within 45 days and that a report is submitted to the Chief Executive Officer of the Office of Health Standards Compliance within 90 days.  We take note of the Premier’s comment that he will do everything in his power to do this even sooner. We will monitor the implementation of these actions to ensure that there are no further human rights violations.

“In addition, we will continue to push for official inquests into the deaths of all patients. This process has been delayed too long and must now be expedited.”

The Life Esidimeni Case has demonstrated that the Gauteng Health Department, under the leadership of the MEC, acted in clear violation of its own well-articulated mental health policy. “We trust the newly appointed team will act in line with the policy’s intended purpose of integrating mental health patients into the community in a way that treats them with the dignity they deserve.

“We commend the Health Ombud and the Office of Health Standards Compliance for their commitment to improvement of the healthcare system in particular for the most vulnerable. The independence and integrity with which they conducted this process is an example for other bodies meant to protect the public and hold public officials to account.”