South Africa’s largest pharmaceutical company has pledged to supply the inner city pharmacy with a year’s worth of medication in a move that will improve access to healthcare for Joburg’s most vulnerable citizens. 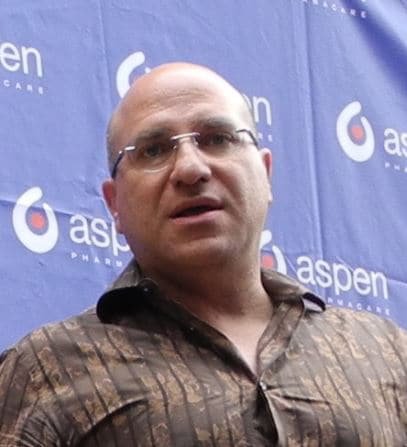 Aspen Pharmacare senior executive Dr Stavros Nicolau was impressed with the level of care offered to disadvantaged patients and pledged ongoing support for the project.

Tucked away unsung on the grounds of Holy Trinity Catholic Church in downtown Braamfontein, Trinity Pharmacy has been providing essential medicines to disadvantaged and homeless people in Johannesburg’s inner city for a number of years. The pharmacy, which is operated by students and staff from Wits University’s pharmacy department, is open every alternate Monday evening from 18:00 onwards and dispenses medication up-to and including antibiotics.

According to Deanne Johnston of Wits’ pharmacy department, the pharmacy and clinic on the church grounds provide an essential primary healthcare service to an underserved community, although medication shortages have occurred. “That is why we were so excited when Aspen announced their involvement,” she said. The pharmaceutical company, South Africa’s largest, presented the pharmacy with a sponsorship which will ensure their continued operation over a twelve-month period.

“This is exactly the type of initiative that Aspen sees itself committing to,” said Aspen senior executive Stavros Nicolaou. “I’ve had the opportunity to witness the work that is done here, and it’s really heartwarming and humbling.” In addition to supplying medication for the pharmacy, Nicolaou further committed Aspen to providing electronic tablets to replace the pharmacy’s paper records system. “We believe that the effectiveness of a company is not only measured by profitability, but by what we contribute to society,” Nicolaou said. 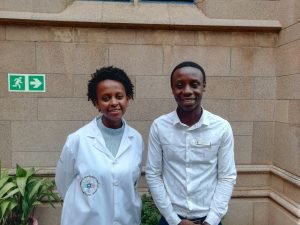 Wits pharmacy students Lydia Bisetegn and Mbuso Thwala were enthusiastic about the positive impact of healthcare services at Holy Trinity.

According to Wits’ Prof Hellen Myezwa, the health services at Trinity Church provided student volunteers with an opportunity to learn about the realities of healthcare provision in South Africa and to develop leadership skills that they can apply to further uplift vulnerable communities. “In order to understand what leadership is, one must first learn to be humble,” Prof Myezwa said. “Leaders must know how to engage with people from all walks of life, and to be considerate and compassionate towards others’ needs.”

This effect is apparent when engaging with students involved at the church. Pharmacy students Lydia Bisetegn and Mbuso Thwala were enthusiastic about the project, with Bisetegn fondly recalling a homeless man who rated her service “ten out of ten.” Students like Bisetegn and Thwala staff the pharmacy all year round, overseen by a qualified pharmacist, and work hand-in-hand with medical students attached to the church’s clinic.

Plans to expand the healthcare services at Trinity are ongoing. Although nothing is set in stone, the possibility of involving more nursing volunteers and doctors has been considered. To volunteer, or offer your support or assistance in any way, contact health.services@trinityjhb.co.za.