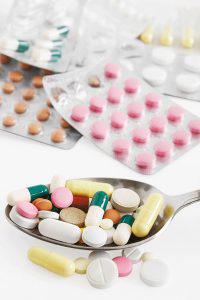 The National Association of Pharmaceutical Manufacturers took on a new brand and name, Generic and Biosimilar Medicine.

At the rebranding event of the National Association of Pharmaceutical Manufacturers’ (NAPM) today in Johannesburg, emphasis was placed on the growing burden of healthcare related to non-communicable diseases (NCDs) and how the recent patent expiry on many biological medicines will pave the way for more affordable, life-saving ‘biosimilars’ to be produced.

Lower- and middle-income countries like South Africa are bearing the brunt of the rise in deaths related to NCDs.  These conditions, which include cancers and certain chronic conditions, account for about 38 million deaths worldwide annually, with up to 80% of deaths occurring in developing countries.

Vivian Frittelli, CEO of the newly rebranded NAPM, which will now be known as Generic and Biosimilar Medicine SA says SA’s already stretched healthcare budget is coming under increasing pressure to fund the high cost of pharmaceuticals, especially biological medicines, which have revolutionised the treatment of a variety of these conditions, including cancers, rheumatoid arthritis, Crohn’s disease and others.

“Biological medicines, as the name implies, are complex proteins derived from living organisms – human, animal or microorganisms.  They are manufactured using biotechnology processes under controlled conditions, unlike regular medicines which are generally small molecules produced by mixing various chemicals together.

“Biologicals are targeted at a cellular level and can halt the progression of a disease and in some cases prevent recurrence”, remarks Frittelli.

While these medicines have revolutionised treatments for many diseases, they are expensive.  The research and development expenses including the costs of highly skilled scientists, clinical trials and the specialised equipment needed, are the main cost drivers. Companies are required to fund these costs, often, in excess of 10 years before registration for use by patients.

This makes them unaffordable to many developing markets and contributes to unsustainable healthcare costs being experienced in developed markets.

However, the recent expiry of the patent protection on many biological medicines has paved the way for more affordable ‘copies’ or ‘follow-on medicines’ to be produced.  Called ‘biosimilars’, these follow-on biotechnology medicines are manufactured using the same processes as the original medicine and are comparable in terms of quality, safety and efficacy. Because the efficacy of the medicine has already been established by the originator biological medicine, a less onerous clinical examination processes and cost-effective development enable these medicines to be introduced to the market at as much as 50% less than their originator counterparts, thereby providing greater access to these life-saving treatments.

According to a biosimilars handbook, produced by the European Generic Medicines Association (EGA), the reduction in cost of treatments brought about by the introduction of biosimilars is not only due to increase in usage of these products, but also through competitive price reductions of the originator counterparts.  The organisation also predicts annual growth rates of 65.8% per year on the use of biosimilars in Europe.

Frittelli says that an exciting development in South Africa is the establishment of a Biosimilar plant at the Dube Trade Port near Durban, by a member company of the GBM.  On completion this plant will be able to provide more affordable life-saving treatments where biological drugs are required.

“The cost efficiencies which generic and biosimilar medicines provide are going to assume greater importance for state and private health funders as populations age and the prevalence of cancers and other non-communicable diseases increases,” he says.

At the briefing, GBM also unveiled the building blocks of its new corporate identity.

Frittelli indicated that the time was right to rebrand the association to better reflect the evolution of the industry.

“We will use our new corporate identity, to not only help develop and commercialise biomedical technologies in SA, but to also provide a greater understanding of these kinds of emerging healthcare technologies. It represents an exciting new chapter in the growth and development of our association,” he concluded.

Notes on Generic and Biosimilar Medicines of Southern Africa (GBM):

The GBM is the successor to the National Association of Pharmaceutical Manufacturers (NAPM) and represents the interests of generic and biosimilar medicine manufacturers and marketers in South Africa.  The Association’s mission is to champion greater access to medicine by the South African population.