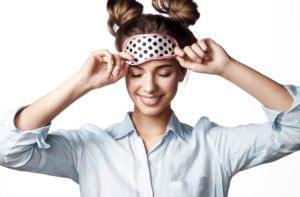 Studies have assessed whether measures of health, wellbeing, and sleepiness are better related to sleep quality or sleep quantity.

Sleep breaks down into three forms:

While REM and deep sleep seem to do more restorative work than light sleep, sleep analysis shows that we spend more time every night in light sleep than anything else.

While gaining an extra 40 hours a week by only sleeping two hours a day might sound attractive, polyphasic sleep has a major drawback: as long as the rest of the world is sleeping monophasically (in one, single phase, those six or eight hours spent in bed), the time gained by polyphasic sleep is at night, precisely when the rest of the world is shut down.

Study results suggest that poor sleep quality was correlated with increased physical health complaints, as measured by the Cornell Medical Index, and with increased feelings of:

As measured by the Profile of Mood States.

Furthermore, poor sleepers reported a decrease in positive affect and a decrease in satisfaction with life. In addition, poor sleepers reported increased levels of sleepiness, especially as measured by the Stanford Sleepiness Scale. Measures of health, wellbeing and sleepiness were more significantly different from the sleep quantity relationships.

The components of sleep quality other than simply sleep quantity (e.g. number of awakenings at night, general satisfaction with sleep) appear to be largely responsible for the relationships between sleep quality and measures of health, wellbeing, and sleepiness.

Overall, findings indicate that sleep quality accounts for more of the variance in health measures.