This is the first time calcium’s influence on the way alpha-synuclein interacts with synaptic vesicles has been observed. 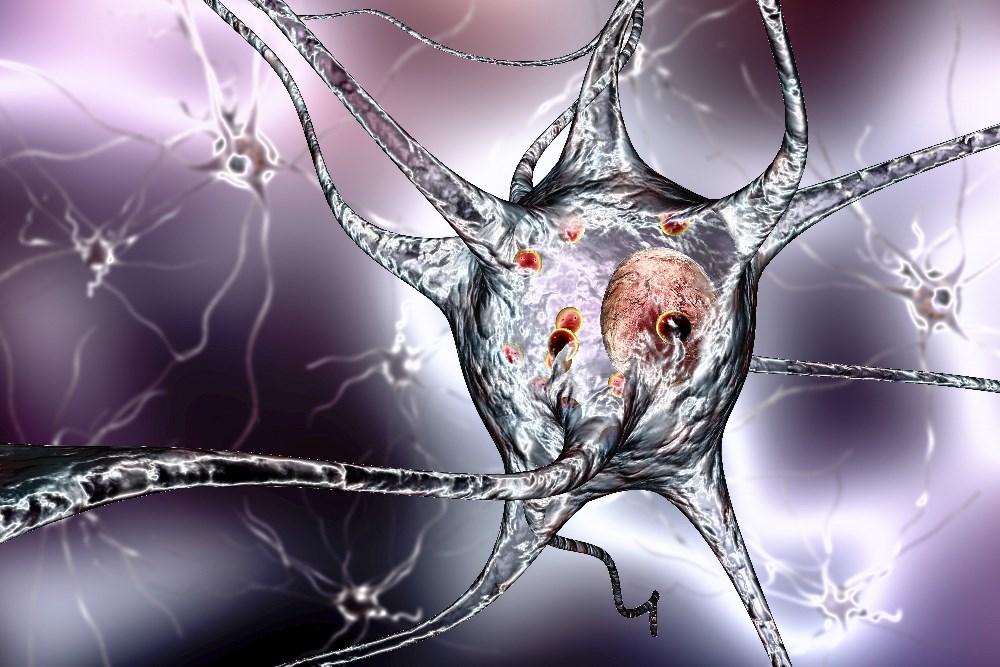 According to a new study published in Nature Communications excess levels of calcium in brain cells may lead to the formation of toxic protein clusters, the hallmark of Parkinson’s disease (PD).

An international team, led by the University of Cambridge, found that calcium can mediate the interaction between small membranous structures inside nerve endings, which are important for neuronal signalling in the brain, and alpha-synuclein, the protein associated with PD. Excess levels of either calcium or alpha-synuclein may be what starts the chain reaction that leads to the death of brain cells. The findings represent another step towards understanding how and why people develop PD.

Although the average age of onset is around 60 years of age, the case of actor Michael J Fox, who was diagnosed in his 30s, is well-known. The male-to-female ratio is 3:2. Although PD occurs worldwide, reported incidence and prevalence figures appear to be lower in Africa than those reported in North American or European populations.

PD is one of a number of neurodegenerative diseases caused when naturally occurring proteins fold into the wrong shape and stick together with other proteins, eventually forming thin filament-like structures called amyloid fibrils. These amyloid deposits of aggregated alpha-synuclein, also known as Lewy bodies, are the sign of PD.

DEFINING THE ROLE OF ALPHA-SYNUCLEIN

Curiously, it hasn’t been clear until now what alpha-synuclein actually does in the cell or why it’s there and what it’s meant to do. It is implicated in various processes, such as the smooth flow of chemical signals in the brain and the movement of molecules in and out of nerve endings, but exactly how it behaves is unclear.

“Alpha-synuclein is a very small protein with very little structure, and it needs to interact with other proteins or structures in order to become functional, which has made it difficult to study,” said senior author Dr Gabriele Kaminski-Schierle of Cambridge’s Department of Chemical Engineering and Biotechnology.

Thanks to super-resolution microscopy techniques, it is now possible to look inside cells to observe the behaviour of alpha-synuclein. To do so, Dr Kaminski-Schierle and her colleagues isolated synaptic vesicles, part of the nerve cells that store the neurotransmitters which send signals from one nerve cell to another.

In neurons, calcium plays a role in the release of neurotransmitters. The researchers observed that when calcium levels in the nerve cell increase, such as upon neuronal signalling, the alpha-synuclein binds to synaptic vesicles at multiple points causing the vesicles to come together. This may indicate that the normal role of alpha-synuclein is to help the chemical transmission of information across nerve cells.

“There is a fine balance of calcium and alpha-synuclein in the cell, and when there is too much of one or the other the balance is tipped and aggregation begins.”

“This is the first time we’ve seen that calcium influences the way alpha-synuclein interacts with synaptic vesicles,” said Dr Janin Lautenschläger, the study’s lead author. “We think that alpha-synuclein is almost like a calcium sensor. In the presence of calcium, it changes its structure and how it interacts with its environment, which is likely very important for its normal function.”

“There is a fine balance of calcium and alpha-synuclein in the cell, and when there is too much of one or the other, the balance is tipped, and aggregation begins, leading to PD,” said co-first author, Dr Amberley Stephens.

The imbalance can be caused by:

Understanding the role of alpha-synuclein in physiological or pathological processes may aid in the development of new treatments for PD. One possibility is that drug candidates developed to block calcium, such as those for use in cardiovascular disease, could potentially be useful against PD.