According to the International Parkinson and Movement Disorder Society (MDS), full diagnostic certainties is impossible during life and between 75% and 95% of patients only have their diagnosis confirmed on autopsy. 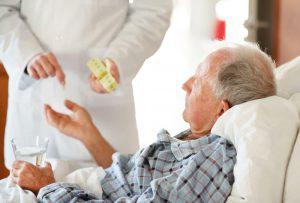 PD has a prevalence of about 3% in the age group over 60, and becomes increasingly common with advancing age, particularly affecting men. The epidemiology of the condition is unknown in SA and limited in Africa, although it is thought to be commonest in people of Northern European origin, according to Carr et al.

Diagnostic accuracy is influenced by disease duration (lower on first visit than after longer follow-up), age, the expertise of the clinician, and evolution in the understanding of PD. As a result, diagnostic accuracy varies considerably.

In an attempt to address some of the diagnostic challenges in PD, the MDS developed new criteria, which were designed to be broadly applicable without need for ancillary diagnostic testing. However, stressed the authors, in some instances, ancillary testing is required to resolve uncertain cases.

The MDS criteria use a two-step PD diagnosis process. Firstly, parkinsonism is defined (as bradykinesia in combination with either rest tremor, rigidity, or both). Secondly, once a diagnosis is made, the criteria then define whether this parkinsonism is attributable to PD.

The prerequisite to apply the MDS-PD criteria is the diagnosis of parkinsonism, which is based on three cardinal motor manifestations. These are bradykinesia, in combination with either rest tremor, rigidity, or both. These features must be clearly demonstrable and not attributable to confounding factors.

Several studies have shown that mild parkinsonian syndromes are seen in up to 25% of elderly persons without PD. The authors pointed out that this mild nonspecific parkinsonism may be unrelated to synuclein deposition.

The aim of the parkinsonism criteria is to differentiate parkinsonism caused by clinical PD from these common mild parkinsonian syndromes. An additional aim is to create a threshold for identifying when a patient has evolved from prodromal PD to full clinical PD.

Bradykinesia: Defined as slowness of movement and decrement in amplitude or speed (or progressive hesitations/halts) as movements continue. Bradykinesia can be evaluated by using finger tapping hand movements, pronationsupination movements, toe tapping and foot tapping. Bradykinesia can also occur in voice, face, and axial/gait domains. Limb bradykinesia must be documented to establish a diagnosis of PD.

Rigidity: Judged on ‘slow passive movement of major joints with the patient in a relaxed position and the examiner manipulating the limbs and neck’. Rigidity refers to ‘leadpipe’ resistance. That is, velocity-independent resistance to passive movement not solely reflecting failure to relax (e.g. distinct from spasticity or paratonia), explained the authors.

Cogwheel phenomenon is often present and may reflect tremor incidentally felt while assessing tone. Isolated ‘cogwheeling’ without ‘leadpipe’ rigidity does not fulfil minimum requirements for rigidity.

Rest Tremor: Refers to a 4- to 6-Hz tremor in the fully resting limb, which is suppressed during movement initiation. Rest tremor can be assessed during the interview and examination. However, kinetic and postural tremors alone do not qualify for parkinsonism criteria.

The authors noted that in parkinsonian rest tremor in the hand also can be observed with prolonged posture, but to meet the criteria, tremor also must be observed during rest.

Having established that the patient has parkinsonism, the MDS-PD criteria can be used to determine whether the patient meets the requirements for PD as the cause of parkinsonism:

Diagnosis of clinically probable PD can be made in:

According to Carr et al, treatment of PD is predominantly symptomatic should be individualised according to the stage of the illness.

Despite some controversy, dopamine agonists are recommended as treatment in the early phase because they are associated with a lower incidence of dyskinesias, an important complication in patients with advancing PD.

Apart from dopamine agonists, other recommended therapies include amantidine and anticholinergic agents. The authors pointed out that there are some concerns about cognitive impairment in patients on the latter. Monoamine oxidase (MAO) inhibitors have a part to play in the treatment of early PD. Rasagiline, an MAO inhibitor, improves parkinsonian symptoms, and its potential role in slowing the progression of the degenerative process is being investigated.

During this stage of the disease, a patient has more obvious disease that impaired function. Addition of levodopa to the treatment regimen is an appropriate step. Domperidone is a useful agent that limits side-effects arising from the peripheral action of levodopa. Catechol-O-methyl transferase (COMT) inhibitors retard the breakdown of levodopa, resulting in more sustained dopamine levels. The claim that this may prevent later motor complications needs to be further substantiated, but there may be a role for early introduction of COMT inhibitors with levodopa, according to Carr et al.

Patients in this stage of the disease have more advanced symptoms, which are frequently associated with motor fluctuations and an increasing burden of non-motor manifestations. Critical problems may include the short half-life and the narrow therapeutic window of levodopa. Adding dopamine agonists, COMT inhibitors and MAO-B inhibitors help overcome this problem.