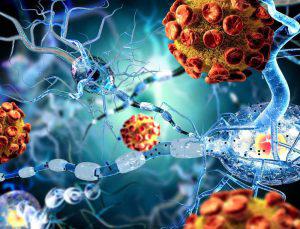 “Evidence shows that brain atrophy in general accumulates throughout the course of multiple sclerosis and is associated with disability progression. This analysis is important because it confirms the link between reduced brain atrophy and reduced disability progression found in the CLARITY study,” said Nicola De Stefano, lead author of the publication and Associate Professor of Neurology, Department of Medicine, Surgery and Neuroscience, University of Siena.

In addition, the analysis found that patients with lower rates of brain atrophy showed the highest probability of remaining free from disability progression at two years. This supports existing findings that increased brain volume loss over time is associated with worse clinical outcomes, such as increased disability progression and cognitive changes, in patients with multiple sclerosis.

The CLARITY study was a two-year (96-week), randomised, double-blind, placebo-controlled Phase III study of Cladribine Tablets in 1,326 people with RRMS. The CLARITY study primary (rate of relapse at 96 weeks) and key secondary endpoints (proportion of patients who were relapse free and the time to sustained progression of disability) were met. These outcomes and safety results were published in The New England Journal of Medicine.

“These findings reinforce and expand on the consistent and positive effect of Cladribine Tablets in improving clinically relevant outcomes, such as reducing relapse rate and disability, and further our resolve to make this investigational therapy available for patients living with RRMS,” said Steven Hildemann, MD, PhD, Global Chief Medical Officer and Head of Global Medical Affairs and Safety, Merck.

The CLARITY study was a two-year (96-week), randomised, double-blind, placebo-controlled, international study. It randomised 1,326 patients with relapsing remitting MS according to the revised McDonald criteria. Study participants were randomised to one of three different treatment groups consisting of two different dose regimens of Cladribine Tablets or matching placebo tablets (1:1:1 ratio).

The primary endpoint of the CLARITY study was the relapse rate over 96 weeks. Secondary endpoints included MRI endpoints, proportion of subjects relapse-free and disability progression at 96 weeks.

Cladribine Tablets is an investigational short-course oral therapy that selectively and periodically targets lymphocytes thought to be integral to the pathological process of MS. Cladribine Tablets is currently under clinical investigation and not yet approved for the treatment for any use in the United States, Canada and Europe. In July 2016, the European Medicines Agency [EMA] accepted for review the Marketing Authorisation Application (MAA) of Cladribine Tablets for the treatment of relapsing remitting multiple sclerosis.

Multiple sclerosis (MS) is a chronic, inflammatory condition of the central nervous system and is the most common, non-traumatic, disabling neurological disease in young adults. It is estimated that approximately 2.3 million people have MS worldwide. While symptoms can vary, the most common symptoms of MS include blurred vision, numbness or tingling in the limbs and problems with strength and coordination. The relapsing forms of MS are the most common. Although many treatments exist there is a need for an effective therapy without the risks associated with continuous immunosuppression and which reduces the need for frequent switches.

All Merck Press Releases are distributed by e-mail at the same time they become available on the Merck Website. Please go to http://www.merckgroup.com/subscribe to register online, change your selection or discontinue this service.

Merck is a leading science and technology company in healthcare, life science and performance materials. Around 50,000 employees work to further develop technologies that improve and enhance life – from biopharmaceutical therapies to treat cancer or multiple sclerosis, cutting-edge systems for scientific research and production, to liquid crystals for smartphones and LCD televisions. In 2015, Merck generated sales of € 12.85 billion in 66 countries.

Founded in 1668, Merck is the world’s oldest pharmaceutical and chemical company. The founding family remains the majority owner of the publicly listed corporate group. Merck, Darmstadt, Germany holds the global rights to the Merck name and brand. The only exceptions are the United States and Canada, where the company operates as EMD Serono, MilliporeSigma and EMD Performance Materials.