Since February is Pregnancy Awareness Month, we decided to find out from a psychologist whether dads can also suffer from postnatal depression. 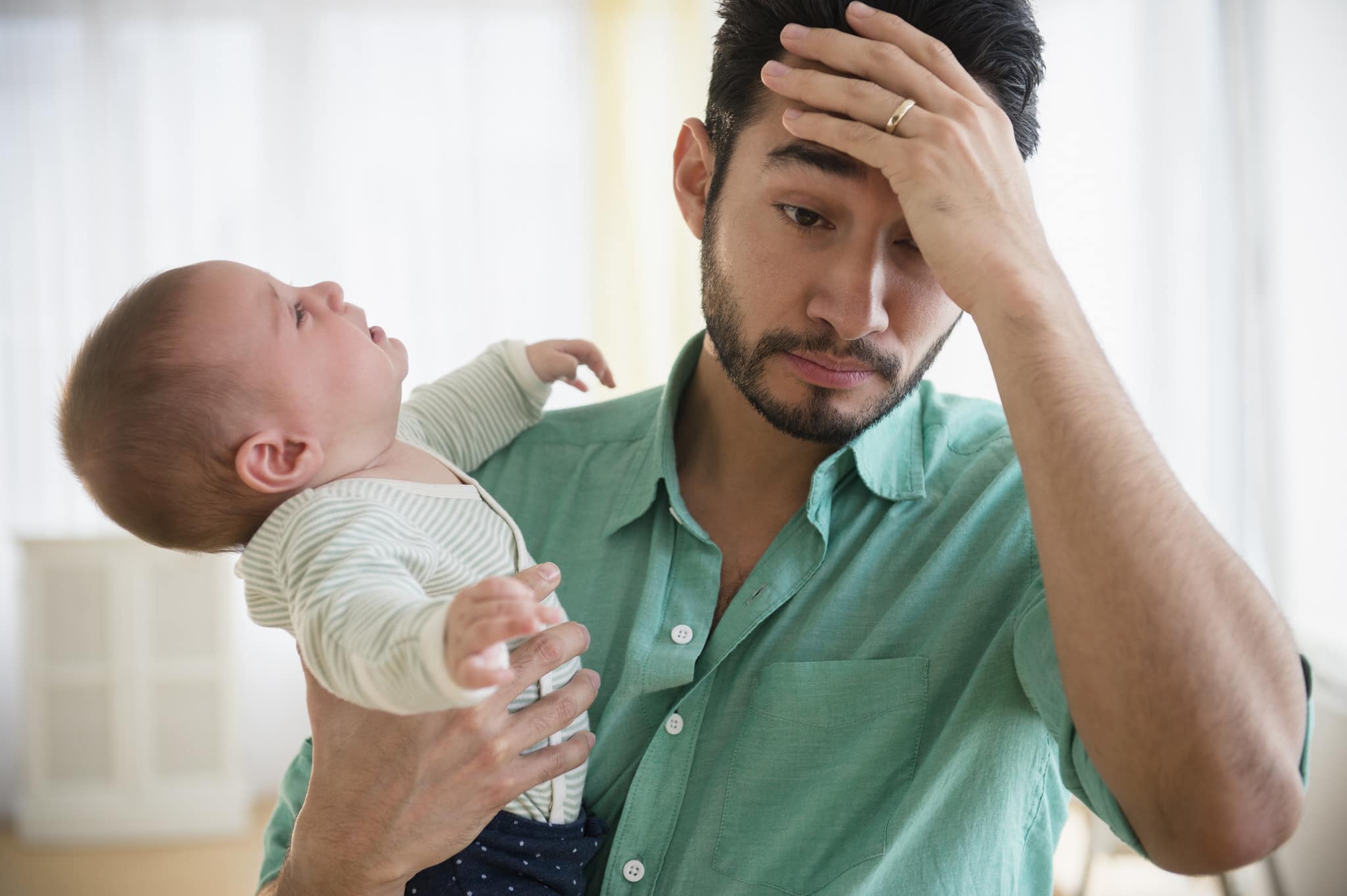 Fathers are at a higher risk of this depression if the mother experiences postpartum depression.

While it is well known that women are at risk of postpartum depression, many expecting parents are unaware that dads are also vulnerable to depression during this period. According to the Diagnostic and Statistical Manual of Mental Disorders (DSM-V), postpartum depression refers to a period of extreme sadness starting within four weeks after childbirth. Paternal depression typically occurs during the first year after a child is born.

As men enter fatherhood, they experience significant life changes that put them at risk for depression. The transition into the role of being a father and the tasks associated with parenting (plus changes in the dynamic of the marital relationship, changes in routine, and socialising) results in increased levels of stress.

WHAT ARE THE RISK FACTORS FOR PATERNAL DEPRESSION?

Research shows that poor health is a risk factor for depression in new dads. Fathers, who have ended their relationship with the mother of their child, are also more likely to experience depression. The quality of the parents’ relationship also affects the likelihood of a man experiencing depression during the postpartum period. Fathers are also at a higher risk of this mental health condition if the mother experiences postpartum depression.

HOW TO COPE WITH PATERNAL DEPRESSION

Depression of one or both parents during the postpartum period has negative consequences on the development of the child. In some cases, paternal depression results in domestic violence.

Therefore, it is necessary to raise awareness of paternal depression and to teach men strategies of how to cope after the birth of their child. When fathers are happy and healthy, it is easier for them to offer the mother and newborn the support they need following the birth.

Men can decrease their chances of experiencing paternal depression by getting the support they need from their partner. It helps both the expecting mother and father to have discussions about the transitions they are going through prior to the birth of their child. Good communication goes a long way towards establishing a caring relationship that reduces the risk of depression during the postpartum period.

“It is often difficult for men to talk about their feelings and to admit when they are struggling,” Dr Oets said. “Communicating honestly with your partner and close friends is the first step to reclaiming your life from depression. If your low moods persist, it’s advisable to seek help from a qualified professional.”

After childbirth, mothers should involve the dad in parenting to ensure that they feel included in the new relationship between the mother and their child. Support from close family and friends is also helpful. If you are struggling to cope, it’s advisable to seek professional help from a psychologist.

One of the first steps to getting the help needed is to recognise the signs of depression. Warning signs to look out for include:

“Paternal depression could be masked by anger, temper, outbursts, frustration, or violence as men are socialised to believe these are more acceptable emotions to express than talking about how they feel or crying,” said Dr Jeanne Oets, a registered psychologist in private practice.