Methods for improving general health by reducing inflammation and providing support for a healthy immune function are receiving intense interest from many fields of research, including the evaluation of nutritional and anti-inflammatory nutraceutical strategies. 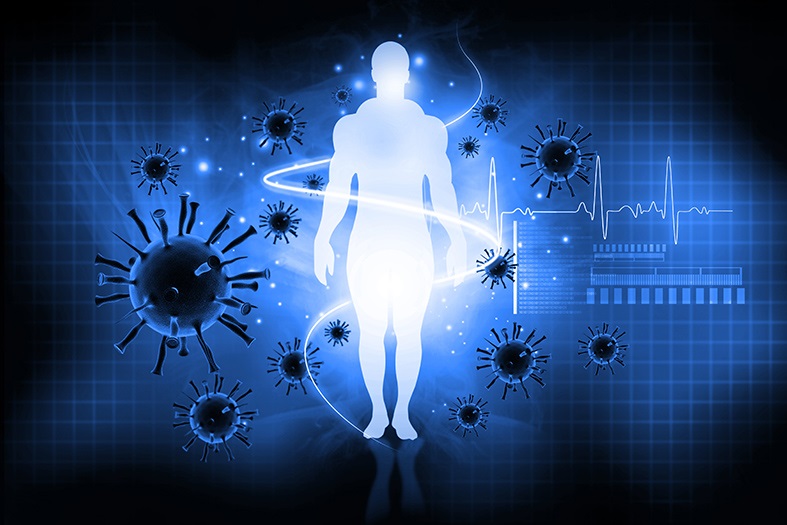 A double-blind, randomised, placebo-controlled pilot study was designed to evaluate effects of consumption of an antioxidant-rich, yeast culture-based high-metabolite immunogen

The consumption of the immunogen resulted in a significant increase in hematocrit (p<0.04), suggesting a beneficial effect on the marrow environment and red blood cell production.

Consumption of another microbial-based nutritional supplement has been shown to provoke a rapid mobilisation of stem cells from marrow in humans, most likely by affecting the bone marrow environment. Adult stem cells are involved in many types of repair including natural processes of tissue remodeling and maintenance of integrity in muscle tissue, central nervous system, liver, kidney and many other tissues. Support of various aspects of stem cell biology has impact on many aspects of health, including prevention of heart disease, diabetes, and cognitive decline. Thus, nutritional strategies for improvement of marrow function and natural repair and rejuvenation mechanisms are subject for serious research efforts.

The timing of the study was such that seasonal allergies started shortly after the study commenced, and the authors believe that this is an important factor for understanding these data.

This data should be seen in the context of the subjective comments, where several participants in the immunogen group reported an absence of their usual seasonal allergies, and some reported that allergies appeared after consumption of immunogen was stopped. It is therefore possible that immunogen was protective against allergies, at least in some participants.

The testing of IgE was added after completion of the clinical study, based on this feedback. Hence, systematic information on the onset of seasonal allergies was not collected, as we had not anticipated this effect. A placebo-controlled clinical trial is currently ongoing to specifically address this question in a larger group of people.

Based on the immunogen-mediated specific activation of B lymphocytes seen in vitro, as well as the previously reported increase in salivary secretory IgA in factory workers exposed to a similar product, it was an important part of this in vivo study to examine, even at a pilot level, to what extent immunogen consumption modulated the production of various immunoglobulins. Saliva IgA is the immunoglobulin, which protects mucosal surfaces from microbial invaders.

A mild increase in saliva IgA was observed in the immunogen group, in contrast to a mild decrease in the placebo group. While the data did not reach statistical significance, it suggested that immunogen consumption supports immune protection across mucosal surfaces. Additionally, a longer open label trial (8 weeks) did reach statistical significance for increased saliva sIgA (p<0.05).

The decrease in saliva sIgA seen in the placebo group may be explained in part by the higher level of serum IgE suggesting that overall the participants in the placebo group were experiencing the onset of seasonal allergies. A link between allergic rhinitis and reduced sIgA has been proposed by another study.

CRP is increasingly used to monitor differences, even within the high-end of the normal range as a measure of wellness, and is linked as a risk factor in cardiovascular disease. The overall state of inflammation was marginally higher in the placebo group than in the immunogen group after the 5-week consumption ended.

The consumption of immunogen did not alter Th1/Th2 cytokine profile, with the interesting exception of IL-10. The serum level of IL-10 was mildly up-regulated upon immunogen consumption (p=0.2), which not only supports an overall anti inflammatory role of immunogen, but also suggests an effect on T-regulatory cells, known to control immune responses via IL-10 production. To what extent consumption of an immunogen initiates events that may partially overlap with immune reactions initiated by mucosal immunisation strategies is unknown. However, mucosal introduction of immune activating compounds, including sublingual vaccination, has been shown to induce IL-10 production as part of a regulatory role.

The data suggest that the immunogen supported the formation of healthy red blood cells, supports mucosal defense and provided anti-inflammatory support. Future studies on chronically inflamed individuals such as patients suffering from chronic fatigue syndrome or cardiovascular disease are warranted.