Our patient is a 47-year-old male who presented to the renal unit with end stage renal disease in 2005. The aetiology of his kidney disease was unknown at that time although he did have hypertension that was thought to be secondary to his renal failure. The patient had no history of diabetes and was commenced on tegretol for a severe painful peripheral neuropathy that had developed before he required dialysis. He also reported no family history of any chronic illnesses before he was commenced on haemodialysis.

An ultrasound of his kidneys revealed that they were small and shrunken. In 2007 at age 37 he received a live related allograft from his sister who was a year older than him. The donor had no known medical illnesses and was considered a suitable donor by the transplant team. The HLA matching was 4/6 and they both had previous exposure to cytomegalovirus infection.

One month after the transplant he was admitted with allograft dysfunction. The main consideration was of an acute rejection and a transplant biopsy was done. 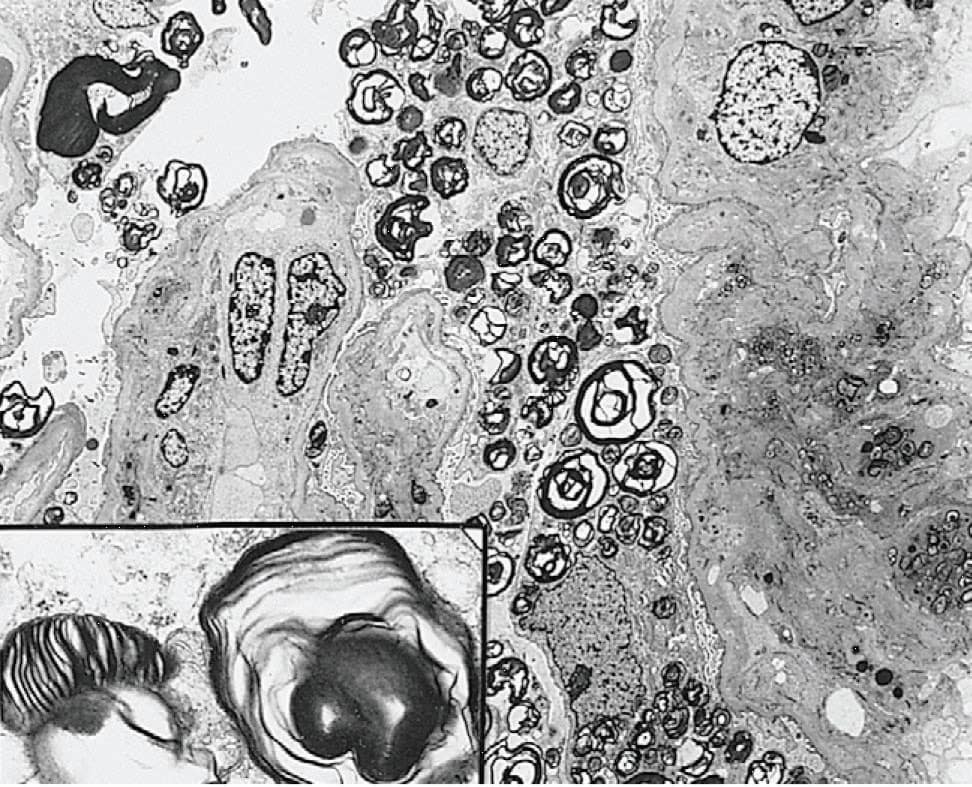 These inclusions composed of concentric layers with a periodicity of 3.5 to 5 nm and with an onionskin appearance, are considered a hallmark of glycolipid storage disorders.

(Normal: 160-2000pmol/spot*20h) which was sufficient to confirm the diagnosis in a male patient.

Both patients continue to be followed up in our transplant clinic. Through a combined effort of the transplant team, we were able to get the recipient enrolled onto an international charity programme which initially funded enzyme replacement therapy for Fabry disease from 2010 onwards. He has subsequently obtained health insurance and the enzyme replacement therapy was continued for the past seven years.

His other comorbidities that he developed include dyslipidaemia, a urethral stricture and a benign gastric polyp, all of which have been adequately managed. His peripheral neuropathy also improved on enzyme replacement therapy. He has not suffered any of the dreaded complications of Fabry disease and is symptom free. The graphs represent his proteinuria and renal function.

The patient was commenced on enzyme replacement therapy at a dose of 1mg/kg every 2 weeks since 2010. 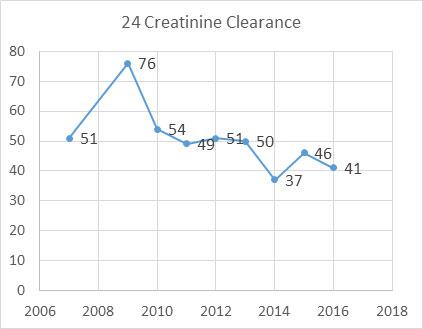 The slide indicates that there has been approximately 1 ml/min/year decrease in renal function over the past 10 years.

The donor has a creatinine clearance of 99 ml/min in 2016 and her 24 hour protein is 0.04 g. An echocardiogram revealed an ejection fraction of 66% and no left ventricular hypertrophy. She has recently developed angiokeratomas and a peripheral neuropathy. The transplant unit is in the process of obtaining enzyme replacement therapy for her. 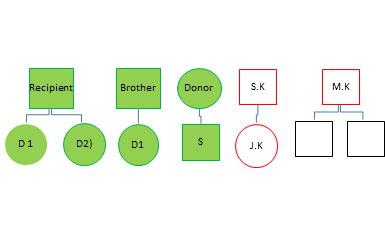 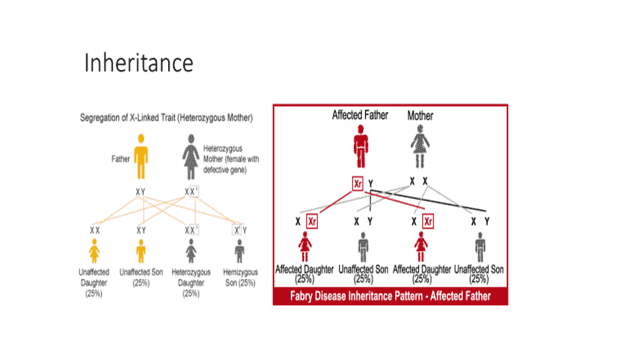 The disease transmitted by the X chromosome. Daughters however can be carriers or be affected. If a female is affected, then 50% of her children manifest disease. Affected sons will show overt manifestation of the disease.

It is a pan-ethnic disorder and the prevalence is under-estimated due to incorrect diagnosis or delayed diagnosis. The disease is seen across all ethnic and racial groups. The prevalence of Fabry disease is probably underestimated given incomplete ascertainment and the manifestations of the disease being nonspecific.

The diagnosis is often not considered by clinicians, given the rarity of the disease.

The wrong diagnosis is often made initially. In the Fabry Outcome Survey, the mean delay to correct diagnosis after symptom onset was estimated to be 13.7 and 16.3 years for males and females, respectively. 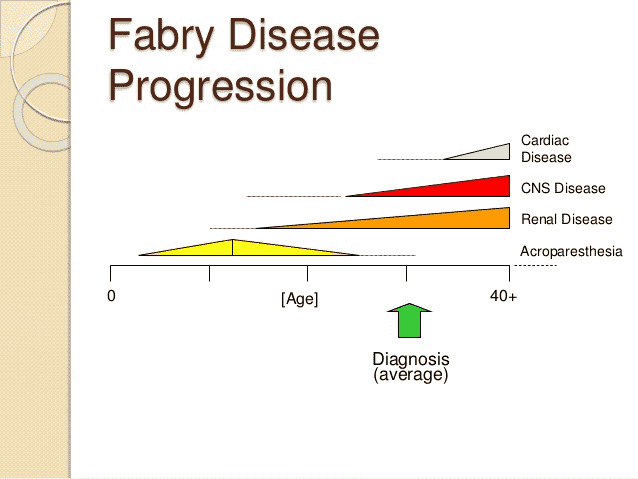 The symptoms of Fabry disease tend to appear in a predictable order in classically affected males. They begin in childhood or adolescence and include severe neuropathic or limb pain, which may be precipitated by stress, extremes of heat or cold and physical exertion.

Neuropathic symptoms occur in more than 75 percent of patients with a mean age of onset of 10 years. Renal disease occurs before CNS and vascular disease.

The morbidity and eventual mortality is seen either manifesting through renal, cardiac or cerebrovascular disease.

When to suspect Fabry disease:

Although Fabry disease is considered ‘rare’, its inheritance, genetics, pathophysiology and systemic manifestations are very well understood. The treatment with enzyme replacement therapy reflects a clear understanding of the disorder and newer therapies being investigated provide a reflection of the vast knowledge surrounding the disease process of this storage disorder.