Congenital disorders and rare diseases have created a marginalised, vulnerable community resulting in the need for strong patient advocacy programmes to ensure that these conditions remain a healthcare priority. Patient advocacy can be defined as ‘an individual or organisation which pleads for and preserves the rights of a patient’s right to health’, explains du Plessis. 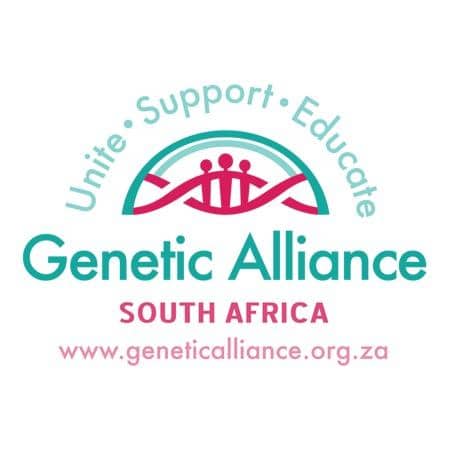 Genetic Alliance SA is a non-profit, membership organisation uniting patient support groups, healthcare professionals and other stakeholders relevant to the care and prevention of congenital diseases.

Du Plessis founded RDSA in 2013 following her son, Juan’s, Pompe disease diagnosis at 11 months. At 15 months, Juan was diagnosed with epilepsy and at age four with the protein kinase AMP-activated non-catalytic subunit gamma 2 cardiac syndrome – making him possibly the only child in the world to have this combination of rare conditions. More than 50% of the GA-SA members, says Dr Malherbe, are patient support groups including the more common congenital disorders (CDs) such as Down syndrome and rarer conditions such as trisomy. Remaining members include healthcare providers and students (medical geneticists and genetic counsellors), academics and researchers working in the medical genetics field.

GA-SA is a non-profit, membership organisation uniting patient support groups, healthcare professionals and other stakeholders relevant to the care and prevention of CDs, which by definition include rare genetic conditions. GA-SA is both a registered non-profit organisation and a public benefit organisation.

GA-SA’s vision is a South Africa where those affected by CDs can readily access care and support – achieved through their mission of uniting, supporting and building capacity in the CD community through advocacy, networking, education, public awareness and research.

GA-SA’s aims and objectives are three-fold:

What projects are they involved in?

Medical genetics education programme: A flagship project of GA-SA is the Medical Genetics Education Programme (MGEP) – a postgraduate, distance learning self-administered education programme originally developed in 2003 and currently under revision. The MGEP course equips registered nursing staff with a comprehensive, primary healthcare medical genetic education – including basics on identifying and diagnosing key CDs, preparing a family tree to map the inheritance of a condition, genetic counselling, how to break bad news to patients and referral to relevant care, including psychosocial support.

Capacity building of patient support groups: There are many patient support groups, but in the resource constrained landscape, few survive with many led by ‘champions’ ceasing to exist when the founding individual is no longer involved. Some existing support groups are not meeting the needs of their members, becoming stale and ineffective. For other CDs, there are individuals who are keen to develop a support group but are unsure how to begin.

GA-SA facilitates the development of robust, sustainable support groups, and offers relevant training opportunities for the well-established support groups. For example, GA-SA is assisting in the mobilisation of sickle cell anaemia patients in South Africa. This includes convening a patient meeting to facilitate the process of identifying the specific needs of the support group, outlining options for organisational registration and equipping the core leadership group with training and tools to take the process forward. The essence of this work is that is must be patient-led and sustainable, ultimately meeting the needs of the group.

Advocacy activities: Advocacy work focuses on both national and provincial organs of state. In addition to providing input into developing legislation, the role of GA-SA is to highlight specific instances where implementation of existing legislation and policy is falling short. With the re-engineering of primary health and the emerging National Health Initiative, the inclusion of CDs and rare diseases within the packages of services is crucial. The three levels at which GA-SA is intervening include:

Du Plessis founded RDSA when it became evident that there was a lack of support and awareness about rare diseases in South Africa. Since inception, however, RDSA have successfully launched initiatives that have positively impacted the lives of over 1 300 patients. The team continuously engage with governmental departments, industry players and strategic stakeholders to raise awareness and encourage progress on rare disease policy.

Today, RDSA brings international best practice and local innovation together in terms of medical intervention and treatment, drives a collective voice for medical advancement and advocates the right to medical advice and assistance – playing a fundamental role in bridging the gap between vulnerable communities and medical advancement.

This is in alignment with the organisation’s vision and mission. Their vision is a South Africa where those impacted by rare diseases access life-saving treatment and supportive care for improved quality of life, while their mission is to bridge the gap to improved quality of life for those impacted by rare diseases through advocacy and empowerment.

What projects are they involved in?

This service was the result of a recent survey conducted by RDSA which found that, of the 166 people surveyed, 94% belong to a medical aid, however only 36% understand all the benefits of their policy and only 33% of the recipients were successful when dealing with their medical scheme.

Due to inconsistent and often fragmented implementation however, the development and growth of these groups is often inadequate. RDSA has developed a proposed solution, whereby these groups are nurtured through a formal mentorship and incubation process, with the intention of empowering them to evolve into mature support groups. Improving quality of life requires advocacy, support for research and medicine development, facilitating networking amongst patient groups and caregivers, raising general awareness with key stakeholders and the broader community and providing a platform for key discussions when it comes to inclusive healthcare.

By connecting patients, families and patient groups, as well as by bringing together all stakeholders and mobilising the South African rare disease community, RDSA strengthens the patient voice and shapes research, policies and patient services.