Irritable bowel disease (IBD), which includes ulcerative colitis (UC) and Crohn’s disease (CD) are chronic, relapsing disorders of the gastrointestinal (GI) tract. The cause of IBD is unknown, but it is considered to be the result of an inappropriate immune response against environmental factors, including luminal and microbial antigens, in genetically susceptible hosts. 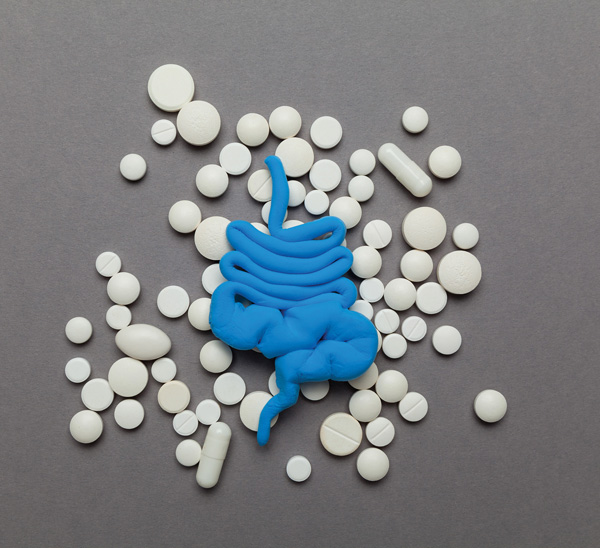 Some of the reasons for the increase in developing countries include dietary changes, including increased exposure to processed food, refined sugars, dairy and less plant-based fibres.

A recent South African study (2021) conducted at a tertiary colorectal unit in KwaZulu-Natal showed that Indian and White populations have the highest disease burden IBD (59% and 22%, respectively), followed by African (12%-18%).

IBD affects men and women equally, with peak incidence between 20- and 30-years and then again from 50- to 60-years. IBD is associated with multiple complications. An estimated 50% of patients present with extra-intestinal complications such as arthropathy, metabolic bone disease, ocular, dermatological, neurologic, cardiovascular, pulmonary, urological and hepatobiliary (30% of patients present with abnormal liver tests and 5% develop chronic liver disease) complications.

The majority of healthcare costs associated with UC and CD are driven by medication. Despite the efficacy of advances in medical therapy, up to 45% of patients with UC and up to 61% of patients with CD will require surgical intervention at some point. Postoperative mortality and potential for malignant transformation are higher for UC.

The hallmark of IBD is repetitive episodes of inflammation of the GI tract caused by an abnormal immune response to gut microflora. UC involves diffused inflammation of the colonic mucosa. Most often UC affects the rectum (proctitis), but it may extend into the sigmoid (proctosigmoiditis), beyond the sigmoid (distal UC), or include the entire colon up to the cecum (pancolitis).

UC can be divided into:

The severity of UC is determined by symptoms, findings on physical examination and laboratory tests. With spontaneous healing or treatment, UC can become inactive or quiescent. Inactive UC is characterised by marked architectural abnormalities in the absence of active inflammation.11

CD results in transmural ulceration of any portion of the GI tract, most often affecting the terminal ileum and colon. Both diseases are classified by extent (mild, moderate, or severe) and location. CD also is classified by phenotype- inflammatory, structuring, or penetrating.

The World Gastroenterology Organization symptoms for IBD include:

Probiotics are living non-pathogenic microorganisms, which, when given in sufficient amounts (at least 106 viable CFU/g) may be beneficial to the host by improving the microbial balance in the gut and aid in metabolism.

The strongest evidence supporting the use of probiotics as adjunct therapy treatment of GI diseases. According to Cai et al, based on the theory that IBD is caused by an abnormal immune response to gut microflora, researchers have shown that probiotics may potentially be as effective in treating GI diseases as pharmacotherapy.

IBD symptoms can be improved by addressing intestinal microecology using all the biotics – antibiotics, probiotics, prebiotics, postbiotics and synbiotics – as well as faecal microbiota transplantation.

Probiotics are known to have particular properties such as resistance to acid pH, bile tolerance, tolerance to pancreatic fluid, adhesion, and invasion capacity in the intestinal epithelial cells. The above properties permit their survival in the GI tract and the improvement of the intestinal balance.

Lactobacillus spp. are one of the most widely used probiotics. The genus Lactobacillus comprises a group of Gram-positive, nonsporulating, facultative anaerobic bacteria which include L. acidophilus, L. rhamnosus, L. bulgaricus, L. casei, and L. reuteri. L. reuteri has been shown to be one of the truly indigenous bacteria of the human GI tract.

According to Mu et al, there are some prerequisites for becoming potential probiotics: to survive in low pH and enzyme-enriched environments, to adhere to epithelium for host-probiotic interaction, competition with pathogenic microorganisms, and most importantly, safety. L. reuteri meets all of these requirements because it normally colonises the GI tract.

Evidence support use in UC

Studies and preclinical results have shown that Lactobacilli may help in the prevention and treatment of numerous GI tract disorders. In IBD, the evidence supports a role for the use of probiotics as adjunct therapy in patients with mild to moderate UC, but whether these agents are effective in CD, is still debated.

Zocco et al evaluated the efficacy of Lactobacilli alone or in combination with mesalazine (5-ASA) and mesalazine as maintenance treatment in UC.

Disease activity was measured at zero, six and 12 months. The primary endpoint was to evaluate sustained remission.

They found that there were no differences in relapse rates at six and 12 months between the three treatment groups. However, treatment with Lactobacilli was more effective than standard treatment with mesalazine in prolonging relapse-free time and represent a good therapeutic option to prevent relapse.