But it indirectly contains an important reminder of the significant role which contemporaneous and comprehensive record keeping can play for healthcare practitioners and healthcare facility operators in the successful defence of a medical malpractice claim. The crisp question before the Court was whether the doctor employed by the Province and who examined and treated the patient in the outpatients’ section of the hospital acted negligently. 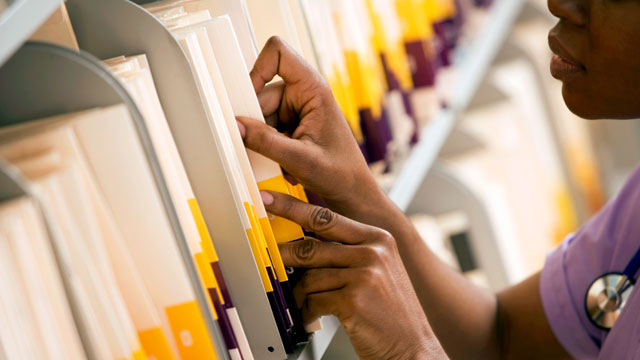 In keeping records and making notes it is sometimes important to record and report on the mundane, unexceptional and/or the positive.

And whether that negligence was the cause of the death of the patient. The cause of death was unknown but it was accepted that the mechanism of death was vomiting and subsequent aspiration. No patho-anatomical cause for the vomiting was determined at the post-mortem. The patient was examined and treated by the hospital’s doctor in the outpatients section. The doctor examined the patient and did various observations and tested the abdominal sounds, the cardiovascular function, and respiratory functions as well as the central nervous system and prescribed medicine for vomiting and a painkiller.

A blood sample was sent for testing to either confirm or negate a weak pregnancy result from a dipstick test. Medicine was prescribed and administered and the patient requested to return the next day to the hospital. The allegation was that the patient should have been admitted to the hospital and kept under observation. And if that had been done the patient’s death would have been avoided. The experts agreed that the patient must have taken food after she and her mother left the hospital during the afternoon and before she went to bed that night. The experts were agreed that vomiting aspiration causing death is a rare event in people of the patient’s age.

The experts were ultimately in agreement that if the patient in these particular circumstances was admitted for monitoring routine inspections would have been four hourly, possibly reduced to one hourly in given circumstances, but that would be no safeguard at all against the patient dying of aspiration whilst being under observation in the hospital. The patient had left the outpatients section walking on her own, and in her sound senses. No vomiting occurred until such time when the patient went to bed and even thereafter until after midnight when the sudden occurrence of aspiration must have occurred.

The court was satisfied that aspiration as a possible mechanism of death was not indicated on the clinical evidence available to the doctor at the time of treatment and nor would it have been indicated to any reasonably conscientious doctor in her position at the time. Further testing or admission for observation to the hospital would be seen as an overcautious treatment to eliminate a possible future cause of harm which was at the time completely unknown and the subject of endless possible speculation.

In the circumstances the court found that there was no negligence established on the part of the attending doctor. In any event on the facts it was not established that even if the patient had been admitted for monitoring that that would have safeguarded against the patient dying from aspiration. Part of the dispute was the condition of the patient on admission to and discharge from the hospital and whether she required assistance in walking and moving or was in great pain when an abdominal examination was conducted.

The latter was the evidence of the patient’s mother. The evidence of the doctor and two nursing sisters was that the patient had not cried out in pain when examined and needed no assistance on admission to walk to the examination bed or when she left the consultation and after the examination. The mother had also denied the existence of a stressful situation between her and her daughter contrary to the evidence of the doctor and nursing staff. The latter’s evidence was accepted. The Hospital and/or medical records are always hearsay evidence until such time as the person responsible for the creation of the particular recordal’s gives evidence to confirm the truth of what is recorded.

Reference is made in the judgment to a trial bundle and the doctor’s clinical findings, prescriptions given and some blood pressure and pulse observations. Those records (it is assumed since they were not referred to to corroborate the doctors’ and nurses evidence) are silent about whether the patient was ambulant upon entering on the facility, whether assistance was required to place the patient on the examination bed, and whether assistance was required to leave the facility and any expressions or reports of pain by the patient.

Those type of recordings would have been very useful on the facts of the case to corroborate the defendant’s witnesses’ evidence. The witnesses were, however, strong enough on their own on their oral evidence and following cross-examination to have their versions accepted by the court, in the circumstances where the patient’s mother conceded her memory of events at the time were not beyond question.

In keeping records and making notes it is sometimes important to record and report on the mundane, unexceptional and/or the positive, such as the fact that the patient was ambulatory and could enter and exit the facility unaided, and the absence of complaints such as a report of pain on examination. Seemingly there were no such records in this case. Such recordings may have avoided a ‘she said, she said’ exchange and prevented the matter from ever having proceeded to trial in the first place.