It will be interesting to see what an appeal court finds regarding the allegations of misdirection by the lower court about the admission or otherwise of certain evidence, and the determination of the facts of the case. The Van Der Walt high court judgment, in its introductory remarks, is unfortunatelya jumble of concepts and does not clearly and unambiguously articulate the South African criminal law position regarding culpable homicide and doctors. 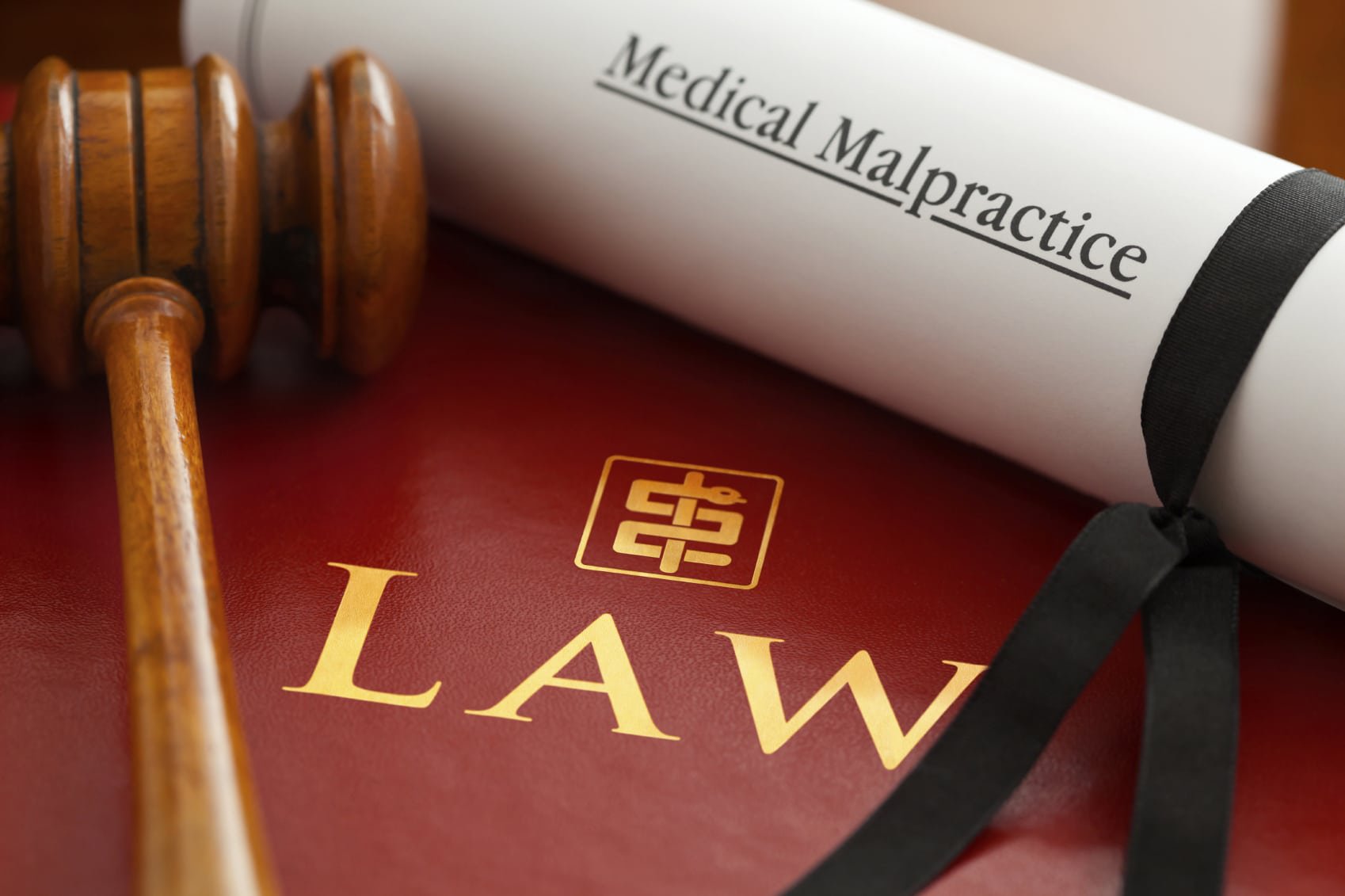 In order to find liability for culpable homicide, South African criminal law does not require proof that the doctor acted in disregard of the life and safety of the patient in the sense that the doctor was cognisant that his conduct may result in the death of the patient, yet nevertheless persisted with the particular course of action.

That court said: “In order to make a doctor criminally liable or responsible for the death of a patient, it must be established that there was negligence or incompetence on the doctor’s part which went beyond a mere question of compensation of the basis of civil liability. Criminal liability would arise only if the doctor did something in disregard of the life and safety of the patient. Since the medical professional renders noble services, it must be guided from frivolous or unjust prosecutions. A simple lack of care, an error of judgment or even an accident, even fatal will not constitute medical negligence.”

What is culpable homicide?

Engineers, architects and contractors responsible for the negligent construction of a structure, which collapses causing the death of a person, would also be exposed to prosecution for culpable homicide. The test for negligence in our criminal law is the same as in civil law. Negligence is tested against the criteria of the reasonable person. In order to find liability for culpable homicide, South African criminal law does not require proof that the doctor acted in disregard of the life and safety of the patient in the sense that the doctor was cognisant that his conduct may result in the death of the patient, yet nevertheless persisted with the particular course of action.

A lack of care and error of judgment will result in culpability where there is negligence causative of the death of the patient. If by ‘accident’ is meant an event without fault, then there is no culpability. It is regrettable that the court in its well-intentioned introduction, cautioning against frivolous or unjust prosecution of doctors, used a combination of terminology rather loosely. Of course, not every slip or mistake imports negligence. The standard of care to be exercised as a normally skilful member of the medical profession does not require insurance against mere accidents.

The test is whether the reasonable doctor, in the same circumstances, would have foreseen the possibility that the patient would die and if they had foreseen the possibility, would the reasonable doctor in the same circumstances, have taken steps to guard against death ensuing. Our criminal law does not recognise degrees of negligence. An accused is either negligent or not. Even the slightest degree of negligence would be sufficient for conviction on a charge of culpable homicide. They are either negligent or they are not. The degree of negligence makes no difference to the doctor’s criminal liability. The degree of negligence would usually have a bearing on the gravity of the punishment or sentence imposed by the Court.

Causal connection between death and conduct

In any criminal prosecution for culpable homicide, a causal connection must be proved between the death and the doctor’s conduct, not between the death and negligence, which is a form of fault. The state must prove beyond a reasonable doubt that the doctor’s conduct, which caused the patient’s death, was also accompanied by fault on the part of the doctor in the form of negligence. To justify a conviction, the evidence must be such as to exclude any reasonable doubt of the guilt of the accused.

If there is a reasonable doubt, the accused must be given the benefit of it. Proof beyond reasonable doubt, however, does not mean proof beyond the shadow of a doubt nor is certainty required, but the proof must carry a high degree of probability. The South African Appellate Division, in R v Difford (1937) AD (370), said:

“… no onus rests on the accused to convince the Court of the truth of any explanation he gives. If he gives an explanation, even if that explanation be improbable, the Court is not entitled to convict unless it is satisfied, not only that the explanation is improbable, but that beyond any reasonable doubt it is false.

If there is any reasonable possibility of the explanation being true, then he is entitled to his acquittal.”

“The concept ‘reasonable doubt’ cannot be precisely defined, but this can be said: That it is a doubt which exists because of probabilities or possibilities which are considered reasonable on the grounds of general human experience and knowledge. Proof beyond a reasonable doubt is not equated with proof beyond the slightest doubt, because the onus to render proof at so a higher standard would frustrate the administration of the criminal law.”

There are actually very few reported judgments in South African law dealing with the criminal liability of a doctor for culpable homicide. Those and others that are unreported (to the extent they are publicised in the media) make up a handful of cases. The judgment of S v Kramer and Another [1987] is a good example of the application of the test for medical negligence in criminal law.

Pre-2010, there have been culpable homicide prosecutions for the negligent over prescription of medicine, a blood transfusion performed on the wrong patient, an excessive amount of contrast medium administered to a baby, failure to insert an endotracheal tube correctly and to monitor the patient properly during anaesthesia, and the failure of a general practitioner to call in a specialist obstetrician when complications set in during delivery.

In 2011, the appeal court overturned the finding of the high court convicting an anaesthetist for culpable homicide finding that there was no negligence as alleged in responding to the patient’s condition nor that his conduct had caused the death of the patient. Since then, there have been media reports regarding a specialist physician sentenced to six years imprisonment suspended to five years for culpable homicide following the incorrect insertion of a drainage pipe in a patient.

Another of an anaesthetist regarding the incorrect administration of anaesthetic and failure to monitor the patient’s blood pressure during the procedure and attending to that patient appropriately in recovery. A Pretoria general practitioner was sentenced to a fine of R240 000 or six years in jail regarding treatment following liposuction. The reported ongoing prosecution of two surgeons at Steve Biko Academic Hospital (in two of the aforementioned prosecutions the doctor pleaded guilty, plus in the Van der Walt judgment).

The latter appears to be the first judgment in South Africa where a sentence of imprisonment has been imposed, without the alternate option of a fine or suspension of the sentence.

Between 1925 and 2010, there were about 65 healthcare professionals prosecuted in the United Kingdom for what is termed in English law as medical manslaughter. Fifty of those were between 1990 and 2010. The civil law looks to the protection of individual’s interest and compensation for damages. Criminal law looks to the protection of the community and the punishment of offenders. English (and Welsh) criminal law uses grades of negligence, and negligence is criminally punishable where there is a severe degree of negligence.

“Simple lack of care such as will constitute civil liability is not enough. For the purposes of the criminal law there are degrees of negligence, and a very high degree of negligence is required to be proved before the felony is established. Probably of all the epitaphs that can be applied, ‘reckless’ most nearly covers the case.” Andrews v DPP, 1937, AC 583.

“To support an indictment for manslaughter, the prosecution must prove … that the negligence or the incompetence of the accused went beyond the mere matter of compensation and showed such disregard for the life and safety of others as to amount to a crime against the State and conduct is severe punishment.” See R v Bateman, 1925.

New Zealand law now requires proof of gross negligence for a successful criminal prosecution for manslaughter. In the United States in criminal law, negligence is the failure to perform a duty owed by the person charged where the conduct is reckless and indifferent to the consequences. It must be more, or of greater degree, than ‘ordinary negligence’. To be established, negligence must involve a higher probability of harm than is necessary for the purposes of imposing civil liabilities.

It is not established simply by the fact that the defendant failed to exercise due care. A gross deviation from the standard of care that would be exercised by the reasonable person in this situation is required. So, in some jurisdictions, the test for criminal liability for the negligent killing of a human being requires gross negligence, whether as a doctor or otherwise, while in others a higher degree of negligence, in the form of gross negligence or sometimes recklessness, is specifically required for the successful criminal prosecution of a doctor for the negligent killing of a human being.

That is not the law in South Africa. In South African law, civil and criminal, a person is negligent if they fail to exercise such care, skill or foresight as a reasonable person in his/her situation would exercise. Where there is an expert involved such as a doctor then the test is not of a ‘reasonable person’ but of the ‘reasonable expert’ in the same circumstances. It is difficult to see any strong case being made successfully for the development of the common law so as to require gross negligence for a successful prosecution of culpable homicide.

Changes to the common law are not there simply for the asking, as found by the respondent in the Stransham Ford Supreme Court of Appeal decision on physician administered euthanasia. Any changes in the law in that regard, whether in general application or to any specific profession such as doctors (which would be a much harder case to justify), would need to be by way of legislation. Such a development is not on the horizon.