According to the International Diabetes Federation, it is estimated that an average of 387 million people worldwide live with diabetes, with an average of 21 million people from Africa suffering from the disease. Further, it is estimated that 77% of people with diabetes live in low- to middle-income countries. Type 2 diabetes is a progressive disease requiring treatment intensification to maintain glycaemic control. 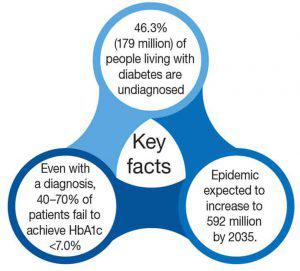 Even despite advances in therapy, glycaemic control is not optimal. Research indicates the following factors as influential:

Many patients with diabetes do not adhere to their treatment due to the following reasons:

According to a study, Diabetes Care 2015, by Kirman SM et al, several patient demographics and clinical factors influence adherence to non-insulin antidiabetic medications, including: older age, male sex, higher education levels, higher income and the presence of comorbidities. According to the study, “patients who were new to therapy were 61% less likely to be adherent.” 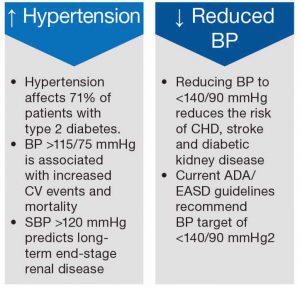 The SEMDSA (Society for Endocrinology, Metabolism and Diabetes of South Africa), guidelines will be published in May 2017.

What is the ideal treatment approach? 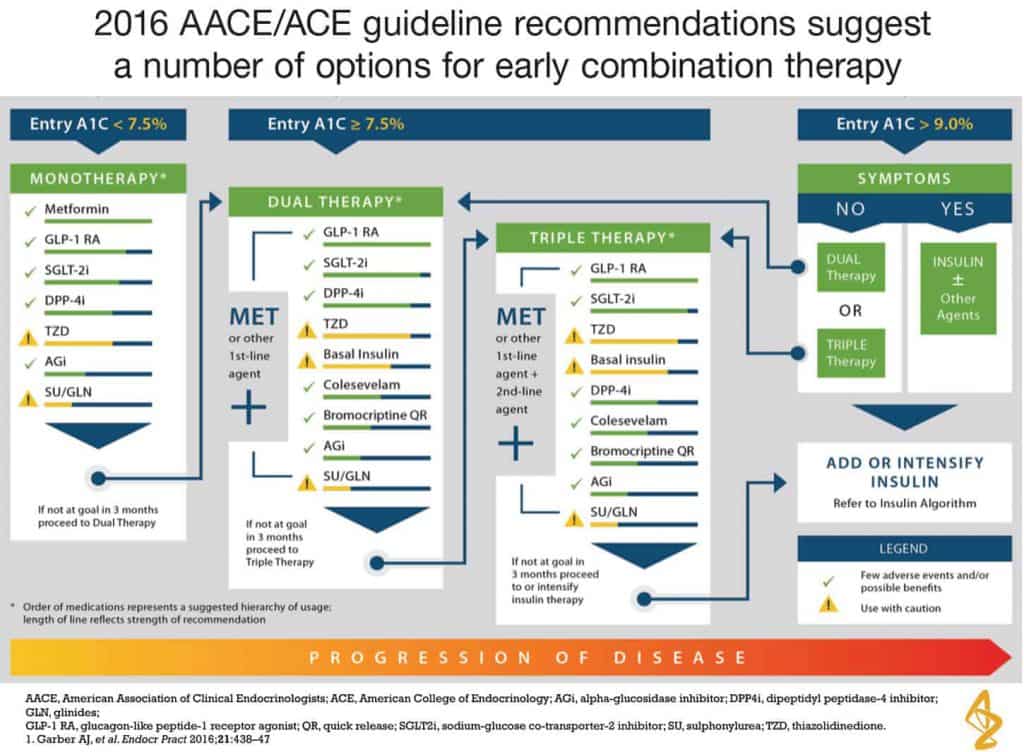 There are two main types of basal insulin:

Intermediate-acting insulin: This insulin is administered once or twice daily, usually mixed with mealtime insulin either in the morning, before the evening meal, or both. It works hardest in the four to eight hours after injection, and starts waning after about 16 hours.

Long-acting insulin. This basal insulin begins working 90 minutes to four hours after injection and remains in the bloodstream for up to 24 hours. It may start weakening a few hours earlier for some patients, or last a few hours longer for others. There isn’t a peak time for this type of insulin. It covers at a steady rate throughout the day.

A study: GLP-1 and basal insulin for glucose control

Historically, after titration of basal insulin to achieve morning glucose control, adding a bolus, or prandial, rapid-acting insulin analogue has been recommended either in a stepwise approach or as a full basal-bolus insulin regimen.

“However, recent research has shown that adding a GLP-1 receptor agonist to basal insulin may be as effective as adding prandial insulin therapy. These results have given providers and patients a potentially easier option when glycaemic control is not achieved with basal insulin in combination with OADs. Three recent articles, have been studied, to demonstrate the glycaemic control efficacy and other benefits of adding a GLP-1 receptor agonist to basal insulin and describes a strategy to implement this therapy in busy primary care settings,” Rhinehart said.

The primary endpoint of the study was A1C change from baseline to 26 weeks. Albiglutide was found to be noninferior based on predefined endpoints but numerically superior to lispro as part of a basal-bolus insulin regimen, with A1C reductions of 0.82 and 0.66%, respectively.

The research, Glucagon-like peptide 1 receptor agonist or bolus insulin with optimized basal insulin in type 2 diabetes, reported on a 30-week, open-label, multicentre, randomised, noninferiority trial comparing exenatide to thrice-daily lispro added to a background of glargine and metformin. The primary endpoint was A1C change from baseline to 30 weeks. Exenatide was found to be noninferior to lispro based on predefined endpoints as part of a basal-bolus insulin regimen.

Beyond these potential pharmacological benefits are two additional advantages:

This recent important research, will give providers and their patients with Type 2 diabetes an alternative when prandial insulin is thought to be an excessive treatment burden for the patient, an educational burden for the provider, or a regimen beyond the provider’s level of comfort or expertise. These articles provide evidence in support of the hypothesis that the benefits of GLP-1 receptor agonist therapy outweigh the associated risks.

“The most efficacious use of a GLP-1 receptor agonist would be in patients whose A1C level is within 1–1.5 percentage points from their individualised target. Patients whose A1C is >1.5 percentage points above target likely will gain more benefit from aggressive insulin management strategies when oral therapies and basal insulin have failed to provide adequate glycaemic control,” Rhinehart states.