According to the 9th edition of the International Diabetes Foundation (2019), an estimated 463 million people globally have diabetes (type 1 and T2DM combined). T2DM accounts for the vast majority (around 90%) of cases.8,9 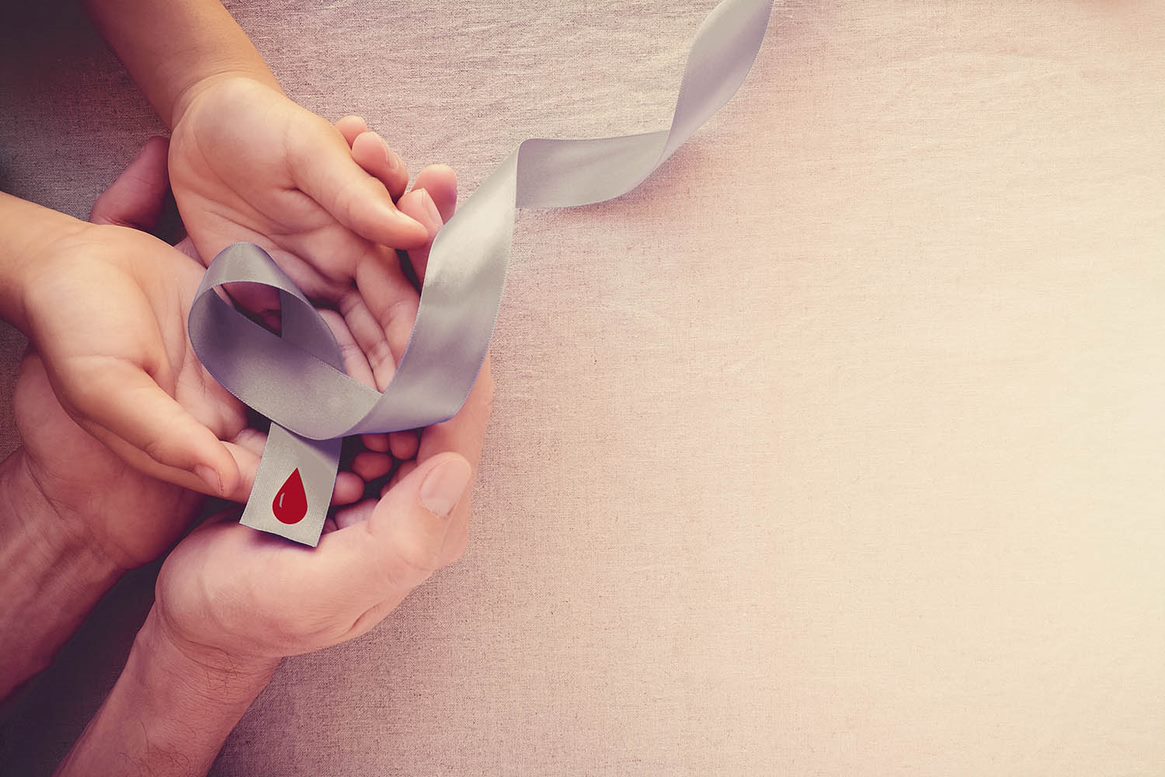 The number of people living with T2DM is projected to increase to 700 million in 2045. The greatest increase will be seen in Africa. In 2017, an estimated 16 million South Africans adults (>25-years) were living with T2DM, of which 69% were unaware of their status.1

Dr Zaheer Bayat, Head of the Department of Endocrinology at Helen Joseph Hospital in Johannesburg, said the main reasons why so many South Africans remain undiagnosed are:1

1. Patients are hesitant to get tested

2. Lack of access to healthcare (many live far from hospitals and clinics)

3. Denial (do not want to accept diagnosis)

4. Availability of therapies in the public versus the private sector.

The situation is not unique to South Africa, noted Dr Bayat. Similar scenarios are prevalent in other African countries as well as the Middle East. Education and awareness about the diagnosis of T2DM and the availability of effective treatments are needed to overcome these challenges.1

A number of international and local experts presented at the launch of semaglutide. This article summarises some of the presentations.

The first incretin hormone, glucose-dependent insulinotropic polypeptide, was isolated in the 1970s. In 1985 a GLP-1, GLP-1 amide was characterised and was shown to have insulinotropic properties. In 1987 the GLP-1 sequence was discovered. This discovery revealed that GLP-1 was an insulin-stimulating glucoregulatory hormone.10

In 1993, researchers demonstrated that in patients with poorly controlled T2DM, a single exogenous infusion of GLP-1 increased insulin levels in a glucose-dependent manner.10

It has subsequently been recognised that GLP-1 is degraded by the ubiquitous protease dipeptidyl peptidase-4 (DPP-4), and thus that GLP-1 not only stimulates glucose-mediated insulin secretion but also has inhibitory effects on glucagon secretion, gastric emptying, and enhancing satiety, facilitating weight loss.10

Pivotal studies in patients with T2DM resulted in the approval of the first GLP-1RA in 2005. Today, multiple GLP-1RAs are approved for the treatment of T2DM.10

Once-weekly semaglutide was approved by the American Food and Drug Administration in 2017 as an adjunct to diet and exercise to improve glycaemic control in adults with T2DM.11

In 2021, semaglutide was approved for chronic weight management in adults with obesity or overweight with at least one weight-related condition (such as high blood pressure, T2DM, or high cholesterol), for use in addition to a reduced-calorie diet and increased physical activity.12

Subsequent research led to the discovery that GLP-1RAs have cardiovascular (CV) benefits, said Dr Drucker.1 Scott et al investigated the association of variants in six genes that encode drug targets for obesity or T2DM with a range of metabolic traits.13

They compared associations of variants in genes encoding drug targets with the effects of pharmacological manipulation of those targets in clinical trials and tested the association of those variants with disease outcomes, including coronary heart disease, in order to predict the CV safety of GLP-1RAs. They found that a low-frequency missense variant in the gene encoding GLP1 (the target of GLP1RA) was associated with lower fasting glucose and lower T2DM risk. The minor allele was also associated with protection against CV diseases, thus providing evidence that GLP1RA are not likely to be associated with an unacceptable increase in CV risk.13

Dr Drucker pointed out that it is important to not only look at the CV benefits of this class of drug, but also on overall health. GLP-1RAs have been shown to reduce the risk of all-cause mortality1 as shown in the Liraglutide Effect and Action in Diabetes: Evaluation of Cardiovascular Outcome Results (LEADER) trial. The LEADER trial showed GLP1-RAs decrease the rate of the first occurrence of death from CV causes, nonfatal myocardial infarction, or nonfatal stroke among patients with T2DM compared to placebo.6

About a decade ago, concerns were raised about an increased risk of pancreatitis and pancreatic cancer with the use of GLP-1RAs. Subsequently, real-world data show that GLP-1RAs are not associated with an increased risk, said Dr Drucker.1

Subgroups that benefit from GLP-1RAs

In the Trial to Evaluate Cardiovascular and Other Long-term Outcomes with Semaglutide in Subjects with Type 2 Diabetes (SUSTAIN 6) trial, a post-hoc analysis assessed the CV protective effects of semaglutide in various patient populations (gender, age, and baseline CV risk). The researchers found that once-weekly semaglutide versus placebo reduced the risk of major adverse cardiovascular events in all participants regardless of gender, age, or baseline CV risk profile.15

Efficacy of short- versus long-acting GLP1-RAs

The Efficacy and Safety of Once-Weekly Semaglutide Versus Exenatide ER in Subjects With Type 2 Diabetes (SUSTAIN 3): A 56-Week, Open-Label, Randomized Clinical Trial found that semaglutide was superior to exenatide extended release in improving glycaemic control and reducing weight after 56 weeks of treatment. These results indicate that semaglutide treatment is highly effective in patients with T2DM inadequately controlled on oral antidiabetic drugs.3

The Semaglutide versus Dulaglutide once weekly in patients with type 2 diabetes (SUSTAIN 7): a randomised, open-label, phase 3b trial found that semaglutide was superior to dulaglutide in improving glycaemic control and reducing body weight, enabling a significantly greater number of patients with T2DM to achieve clinically meaningful glycaemic targets and weight loss.5

Dr Amod focused on the findings of the following studies:

The aims of diabetes care are to:1

1. Optimise patient survival by addressing all CV risk factors
2. Control glucose with hypoglycaemia, weight gain or side effects to reduce the risk of diabetes-related complications
3. Improve patients’ quality of life.

Numerous studies have shown an association between the degree of hyperglycaemia and increased risk of microvascular complications, sensory neuropathy, myocardial infarction, stroke, macrovascular mortality, and all-cause mortality in patients with T2DM.24

The UK prospective diabetes study looked at the effect of intensive control of blood glucose (HbA1c of 7% versus 7.9%). The study found that each 1% reduction in mean HbA1c was associated with reductions in risk of 21% for any end point related to diabetes, 21% for deaths related to diabetes, 14% for myocardial infarction, and 37% for microvascular complications.24

The researchers concluded that the risk of diabetic complications was strongly associated with previous episodes of hyperglycaemia. Any reduction in HbA1c is likely to reduce the risk of complications, with the lowest risk being in those with HbA1c values in the normal range (<6%).24

How do we modify CV risk in T2DM?

Gaedi et al (2008) evaluated whether intensified multifactorial intervention (tight glucose regulation and the use of renin–angiotensin system blockers, aspirin, and lipid-lowering agents) reduces the risk of nonfatal CV disease among patients with T2DM and microalbuminuria. The mean treatment period was 7.8 years and patients were followed observationally for a mean of 5.5 years. The primary endpoint at 13.3 years of follow-up was the time to death from any cause. Intensive therapy was associated with a lower risk of death from CV causes (45%) and of cardiovascular events (42%).25

In their 21-year old follow-up study, Gaedi et al (2016) studied the potential long-term impact of a 7.8 years intensified, multifactorial intervention in patients with T2DM and microalbuminuria in terms of gained years of life and years free from incident CVD. The patients in the intensive-therapy group survived for a median of 7.9 years longer than the conventional-therapy group patients. Median time before first CV event after randomisation was 8.1 years longer in the intensive-therapy group. Patients in the intensified group had a 33%-45% decreased risk of microvascular complication, except for peripheral neuropathy, which increased by 12%.26

Rawshani et al investigated whether the excess risk of death and CV events among patients with T2DM could be reduced or eliminated. They assessed patients with diabetes according to age categories and the presence of five risk factors:27

The risk of hospitalisation for heart failure was consistently higher among patients with diabetes than among controls (hazard ratio 1.45). In patients with T2DM, a glycated haemoglobin level outside the target range was the strongest predictor of stroke and AMI, and smoking was the strongest predictor of death. The researchers concluded that patients with T2DM who had five risk-factor variables within the target ranges appeared to have little or no excess risk of death, MI, or stroke, compared to the general population.27

Risk factors in patients with T2DM can be modified through:28,29,30