One of the most common chronic skin diseases in SA, psoriasis can be a mentally, emotionally, and physically debilitating illness. Psoriasis is a long-term, or chronic, skin disorder with varying symptoms, however it is usually recognised by itchy or sore patches of thick, red skin with silvery scales. There’s currently no cure, but treatment often helps. 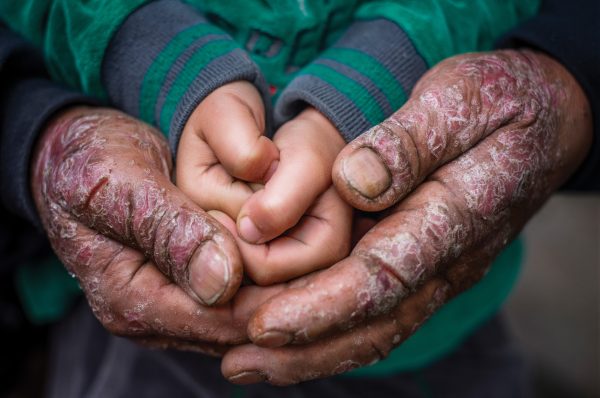 Psoriasis is usually recognised by itchy or sore patches of thick, red skin with silvery scales.

The skin disorder actually begins in the immune system, which normally protects the body against infection and disease. In psoriasis, the immune system becomes misdirected and overactive. This can cause redness and swelling (inflammation) and lead to the rapid build-up of skin cells.

Plaques are most often found on the elbows, knees, or scalp. But they can also affect the face, fingernails, toenails, soft tissues of the genitals, or any skin-covered region.

“Patients can have a lot of symptoms like itching, cracking, and bleeding that can disrupt their sleep and their social relationships,” said Dr Joel Gelfand, a dermatologist at the University of Pennsylvania. People with moderate to severe psoriasis may feel self-conscious or have a poor self-image, which can lead to depression or social isolation.

Some patients with psoriasis also experience joint inflammation that produces arthritis-like pain. This condition is called psoriatic arthritis. Gelfand and other NIH-supported researchers have found that psoriasis – especially severe psoriasis – is linked to certain other disorders as well, such as heart conditions, obesity, high blood pressure, and diabetes.

Psoriasis can occur at any age, but it typically first appears in young adulthood. Many people with psoriasis have a family history of the disorder. Researchers have been able to identify certain genes linked to the disease, but they still don’t fully understand the disease process. They do know that it isn’t contagious. You can’t “catch” psoriasis by touching someone who has it.

Psoriasis can be hard to diagnose because it can look like other skin diseases. A doctor might need to look at a small skin sample under a microscope. It’s often best to encourage patients to make an appointment with a primary care doctor or a dermatologist to get an accurate diagnosis.

There are many approaches for treating psoriasis. Safe and proven treatment options include creams, light therapy, and medications given as pills or a shot.

“Treatment decisions in psoriasis need to be highly individualised and tailored toward the patient’s clinical condition and underlying health status, as well as their preferences and goals,” Dr Gelfand said.

Psoriasis symptoms may briefly worsen, or flare. These flares can arise when people are stressed or experience a traumatic event like the death of a family member or friend. Smoking, heavy alcohol use, and being overweight can also aggravate psoriasis.

Dr Gelfand and other NIH-funded researchers have been working to develop better therapies. “It’s a great time to be hopeful and optimistic about this disease,” said Dr Gelfand. “Most of the therapies coming out now seem to be well-tolerated and have impressive effectiveness.”