An increase in blood pressure (BP) – defined as systemic hypertension – is considered a clinical disorder when this change threatens biological functions. Hypertension has been shown to affect the circulatory, pulmonary, and urinary systems amongst others.1 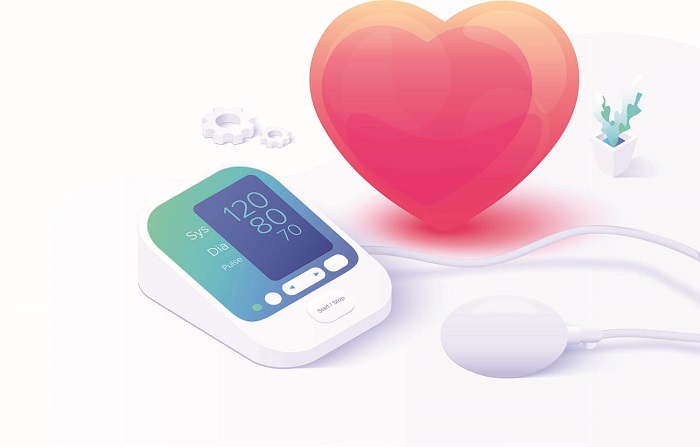 The 2020 ISH Practice Guidelines, recommends lifestyle modifications as the first step in the treatment of hypertension. However, the majority of patients with hypertension will eventually require pharmacotherapy. Studies show that mortality risk doubles with increases in SBP from 120mmHg to 140mmHg and from 140mmHg to 160mmHg in all age groups.1,3

The guideline recommends the use of angiotensin converting enzyme inhibitors (ACE-Is) and angiotensin receptor blockers (ARBs), as well and dihydropyridine calcium channel blockers as initial pharmacotherapy.3

Milestone in the history of hypertension treatment

Dézsi describes the development of ARBs in the 1990s as a ‘milestone in the history of hypertension treatment’, adding to the range of possibilities for personalised therapy, especially for patients who cannot tolerate ACE-Is.4

ARBs have shown excellent efficacy, they have no negative metabolic effects and they cause no accumulation of bradykinin. They also have an ability to activate the angiotensin II type 2 receptors, which causes vasodilatation in the small vessels and may lead to additional cardiac and renal protection.4

Numerous studies have demonstrated that 24-hour ambulatory BP monitoring (ABPM) should be an integral part of hypertension care. ABPM plays a crucial role in quantifying the degree of BP variability over 24 hours. BP variability over this period has been shown to be a significant and independent risk factor for CV morbidity and mortality.1,7

The most commonly utilised data for clinical purposes is 24-hour average BP, daytime BP, night-time BP, and nocturnal dipping patterns. The thresholds for normality depend on the measurement used and on the current definition of normal BP.1

Uncontrolled morning BP is a sign of inadequate antihypertensive therapy, insufficient dosage of drugs, or use of short-acting drugs, and is detected in the majority of patients (from 17% to 60%) treated for hypertension, according to various studies.8

Three of the eight ARBs (candesartan cilexetil, olmesartan medoxomil, azilsartan medoxomil) are prodrugs and require activation in the gastrointestinal tract and liver to their active forms (candesartan, olmesartan, and azilsartan, respectively). The ARBs eprosartan, irbesartan, telmisartan, and valsartan are not prodrugs and therefore do not require metabolic activation.5

The oral absorption of irbesartan is rapid and complete with an average absolute bioavailability of 60% to 80% (the highest among the ARBs with telmisartan in second place with 43%). Irbesartan has a faster onset of action (1.3–3 hours) compared to candesartan (2-5 hours), and valsartan (2-4 hours).5

Irbesartan has demonstrated high efficacy in lowering BP – comparable with ACE-I and superior to other ARBs. Irbesartan 300mg/day has been found to have superior antihypertensive effects compared to losartan 100mg/day, while irbesartan 150mg/day demonstrated greater BP reductions than valsartan 80mg/day.5,9,10

The tolerability profiles of ARBs are similar to placebo and superior to ACE-Is. ACE-Is have been shown to increase the risk of cough two- to three-fold over placebo and may cause up to 0.1%-0.2% rates of angioedema, which can be life-threatening in some cases.5

Cough and angioedema most likely result from the accumulation of bradykinin and substance P, which are both degraded by ACE, and they recur with the reintroduction of ACE-Is inhibitor or use of another ACE-I.5

Irbesartan in diabetes and kidney disease

The prevalence of chronic kidney disease (CKD) is estimated to be around 22%. Patients with uncontrolled BP, overweight/obesity, dyslipidaemia, and diabetes have the highest risk (43.3%, 33.7%, 27.3% and 28.2% respectively). Age was an independent risk factor.13

Irbesartan is indicated for the treatment of renal disease in adult patients with hypertension and type 2 diabetes mellitus (T2DM). In the Irbesartan Diabetic Nephropathy Trial involving hypertensive patients with diabetic nephropathy, the irbesartan arm had a 37% lower risk of doubling the serum creatinine versus the amlodipine arm and 33% lower than the placebo group. Development of end-stage renal disease was nominally lower with irbesartan use compared with amlodipine use and placebo.8

In the case of chronic kidney disease, renal excretion of serum uric acid (SUA) is decreased, resulting in hyperuricemia. Several observations indicate that hyperuricemia is an independent risk factor for CVD. About 25% of patients with hypertension have raised SUA levels, which increase if loop or thiazide diuretics are added to therapy.7

It has also been shown to be more cost-effective than standard therapy including beta-blockers, diuretics and non-dihydropyridine calcium channel blockers at all stages of kidney disease. Based on efficacy data from the Irbesartan Diabetic Nephropathy Trial and Reduction of Endpoints in non-insulin dependant DM) with the Angiotensin II Antagonist Losartan Study, it has also demonstrated cost savings over losartan in late-stage renal disease.6

ACE-1 and ARBs are recommended by guidelines as first-line pharmacotherapy for the treatment of hypertension. Apart from superior BP lowering and few side effects, irbesartan also offers renal protection to hypertensive patients at risk of renal disease.