The risk of heart attack peaks at around 10pm on Christmas Eve, particularly for older and sicker people, most likely due to heightened emotional stress, according to a Swedish study in The British Medical Journal. The risk was also higher during New Years’ and on Monday mornings, but not during Easter holiday or major sport events. 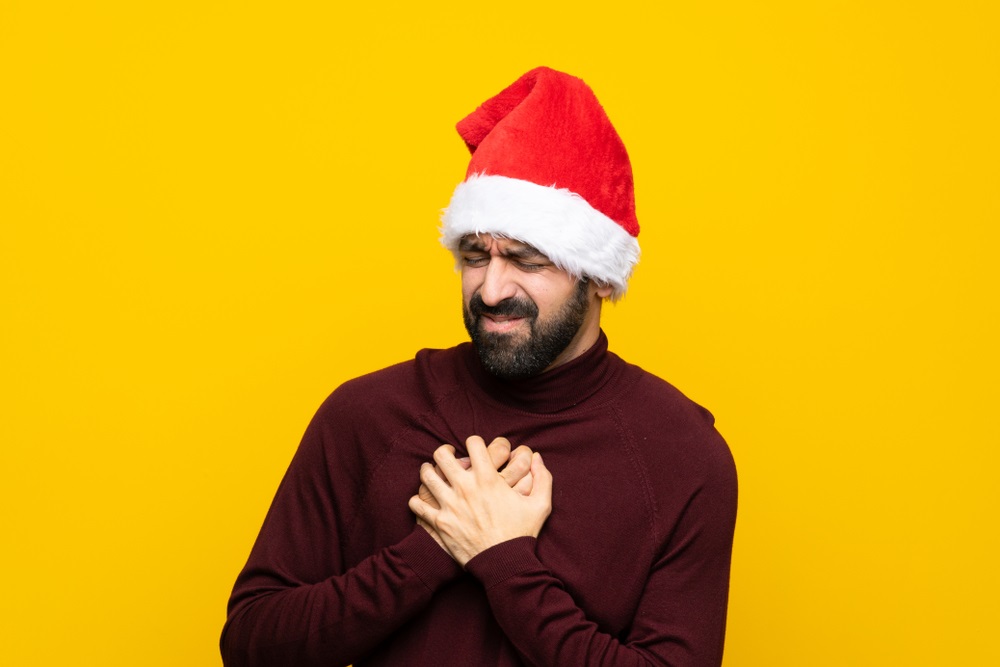 The risk of heart attack peaks at around 10pm on Christmas Eve.

Previous studies have shown a peak in heart attacks across the western world during Christmas and New Year festivities, and during Islamic holidays in countries where the religion predominates.

Other short-term events linked to emotional stress, such as major sporting events, hurricanes and stock market crashes, have also been associated with a higher risk of heart attack. But there is a lack of data on the exact timing and severity of symptoms in a nationwide setting.

So, researchers in Sweden set out to investigate whether time factors, such as national holidays, major sport events, hour of the day, or day of the week could trigger a heart attack.

They analysed the exact timing of 283 014 heart attacks reported to the Swedish coronary care unit registry (SWEDEHEART) over a 16-year period.

The researchers found that Christmas was associated with a higher risk of heart attack (15%) compared with the control period.

Early mornings (8am) and Mondays were also associated with a higher risk.

But by far the day with the highest risk was Christmas Eve, with a 37% increased risk of heart attack, peaking at around 10pm.

The risk was greatest in the over 75s, and those with existing diabetes and heart disease, highlighting the need for society to raise awareness of this vulnerable group over the Christmas period, they added.

However, New Years’ Eve, which is usually considered to be the main day of New Years’ celebrations, had no associated risk. The authors found that the higher risk was instead on New Year’s Day, which they say was “possibly explained by a negligence and masking of symptoms due to alcohol”.

Unlike previous studies, no increased risk was seen during sports events or during the Easter period.

The authors believe this is the largest study conducted using heart attack data from a well-known registry, but they emphasise that it is an observational study, so no firm conclusions can be drawn about cause and effect, and they cannot rule out the possibility that some of the risk may be due to other unmeasured factors.

Nevertheless, the authors discuss that experiences of anger, anxiety, sadness, grief, and stress have previously been found to increase the risk of heart attack, as well as physical activity and lifestyle changes.

People are more likely to experience these heightened emotions during the national holiday periods, and older people and those with a history of diabetes and coronary artery disease were found to be more vulnerable to these short-term triggers, they conclude.