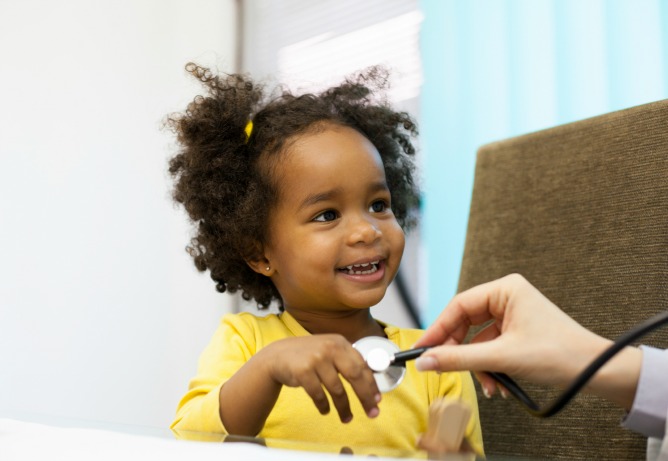 An estimated 42 million children ages 5 and younger met the criteria for having obesity or being overweight, according to the WHO.

Childhood obesity has become an international public health problem. An estimated 42 million children ages 5 and younger met the criteria for having obesity or being overweight, according to the World Health Organization’s Commission on Ending Childhood Obesity.

When expectant mothers have elevated blood pressure during pregnancy, it may raise their children’s risk of developing childhood obesity, according to a study published in the Endocrine Society’s Journal of Clinical Endocrinology & Metabolism.

“Our study is the first to demonstrate that among pregnant women, elevated blood pressure is associated with a greater risk of overweight and obesity for their children,” said the study’s first author, Dr Ju-Sheng Zheng of Qingdao University, and the University of Cambridge. “The risk still existed for children of women who didn’t have hypertension, but whose blood pressure during pregnancy was at the high end of the normal range.”

The prospective cohort study examined blood pressure levels and weight in 88 406 mother-child pairs who participated in the Jiaxing Birth Cohort in south eastern China between 1999 and 2013. The researchers analysed the women’s blood pressure results from the three trimesters of pregnancy. During follow-up visits, the children were weighed when they were between the ages of 4 and 7.

Among women who were hypertensive during the second trimester, their children were 49% more likely to be categorised as overweight or to have obesity compared to children of mothers who had lower blood pressure levels. Children of women with high blood pressure during the third trimester were 14% more likely to meet the criteria for overweight or obesity. The mother’s body size prior to pregnancy did not affect the association.

“The results indicate that all pregnant women and their doctors should monitor and try to limit a substantial increase in blood pressure in mid-to-late pregnancy,” Dr Zheng said. “This may help reduce the likelihood of their children being affected by obesity.”