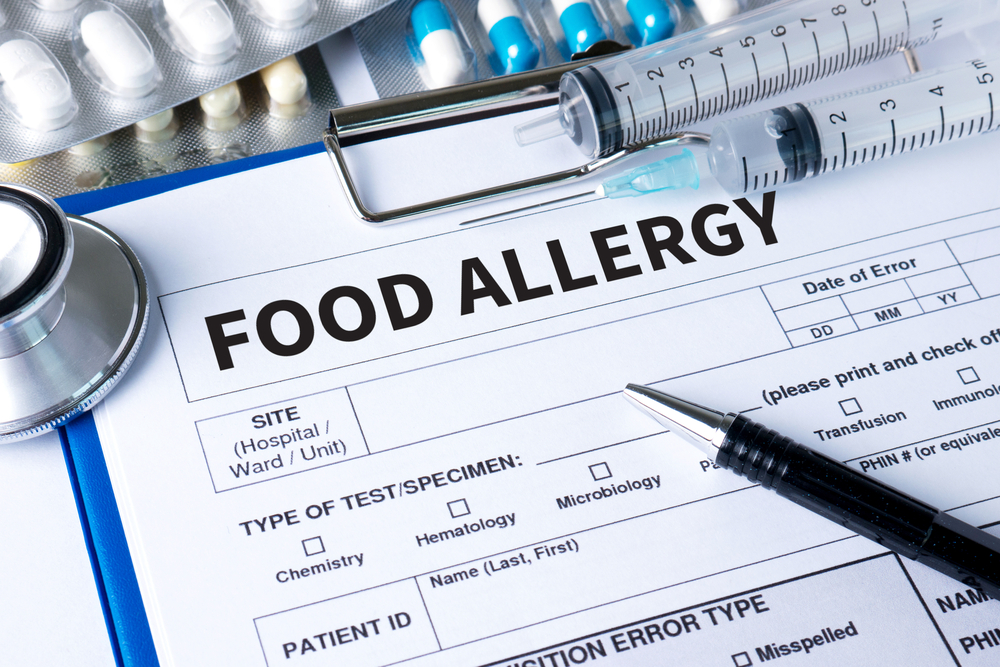 Food allergies have become more common worldwide in the past few decades. In some areas of the world, food allergies occur in 8-10% of young children. In SA, food allergy occurs in around 2.5% of 1-3-year-olds. This figure is much higher in children with moderate to severe eczema, who have food allergies in around 30-40% of cases.

Food allergens behave differently in terms of their immunology and the child’s tendency to outgrow the allergy. Traditionally, egg allergy has been quoted to be outgrown in around two thirds of children by 5 years, and 80% by teenage years. The prognosis is more guarded for peanut allergy, which tends to be outgrown in only around 20% of cases. However, these figures are derived from international studies in higher socio-economic settings, and we have no previous data from SA.

Between 2010 and 2014 Professor Claudia Gray headed up a study looking into the prevalence of food allergy in South African children (6 months to 10 years) with moderate to severe atopic dermatitis. “The results were rather astounding, in that we had previously thought food allergies were rather rare in South African children: around 40% of children with moderate to severe atopic eczema had at least one food allergy in that cohort, mainly egg allergy (in 25%), and peanut allergy (in 24%),” said Prof Gray.

“More recently, we re-called the children who had participated in the original study and studied how many allergic children had become tolerant to egg and peanut 5 years down the line. This was quite a task. We managed to follow up 72% of egg-allergic children and 79% of peanut-allergic children despite maximal recruitment efforts. We managed to follow up 18 children with egg allergy and 19 with peanut allergy. They all underwent a thorough clinical assessment, skin prick tests, blood tests, and food challenges to egg and/or peanut, depending on their original allergies.”

“We found that 72% of the egg-allergic children had outgrown their egg allergy at follow-up, at a median age of 8 years 4 months. Only 16% of peanut-allergic children had outgrown their peanut allergy, also at a median of 8 years and 4 months. Therefore, our figures were pretty much similar to those derived from other studies in other countries, suggesting that the allergens “act in the same way” universally,” said Prof Gray.

Some other interesting findings in the study were:

In summary, the figures derived from this study indicate that around 72% of egg allergic children and 16% of peanut allergic children in SA outgrow their allergies 5 years down the line. These findings can help us to counsel families when the children are diagnosed with an allergy, and to choose children suitable for food challenges in a timely fashion during the follow-up of their food allergies.